Data.ai have broken down the most successful genres of 2022 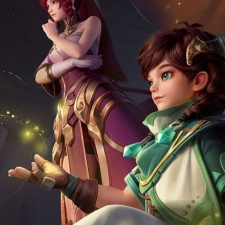 A new report from Data.ai breaks down the performance of various genres, showing that hypercasual simulation games led the way in terms of installs, accounting for 29 percent of all downloads worldwide with 17.5 billion. This represents an 8.4 percent increase from 2021.

The genre was followed by simulation (10.1 billion downloads, 17 percent of the total) and action (6.2 billion, 11 percent of downloads), however match games saw the largest in downloads, climbing 11.9 percent compared to 2021 and accounting for five percent of all downloads in 2022.

Despite dominating the year’s download charts, only one hypercasual genre, simulation, saw an increase in the number of downloads worldwide in 2022 compared to 2021, with an additional 616.6 million. This performance was led by Phone Case DIY, and once again highlights the strength of the genre, allowing it to remain at the top of the game despite most subgenres underperforming compared to previous years.

Despite comfortable leading the pack in terms of downloads, hypercasual games struggled in terms of consumer spend, accounting for just 0.3 percent of in-app purchases, representing a 2.4 percent increase from 2021.

Only one genre among the top earners, Action, saw an increase in IAP spend, rising 20.6 percent to $5.3 billion, representing 6 percent of the total.

Interestingly, despite RPG accounting for five times the yearly revenue as Action, the MOBA subgenre was the single top performer, accounting for $1.25 billion, more than five times the consumer spend of the second highest-performing genre, Roguelike ARPG, which earned $291.7 million. This suggests that, while RPG players are spending more money in-game, they’re doing it in a wider variety of games, whereas action players seem to be coalescing around specific subgenres.

Notably, the Chinese exclusive Honor of Kings is identified as the single top performer among MOBA games in 2022. This indicates that, despite 2022 being a notably turbulent year for the Chinese mobile gaming industry, it remains a key market with plenty of revenue potential.