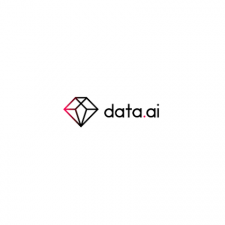 A new report from Data.ai has broken down the performance of the mobile gaming industry in 2022.

Worldwide, consumer spend fell $6.31 billion to $109.51 billion, a decline of five percent. This fall was reflected in the majority of markets worldwide, with consumers spending considerably less money on mobile gaming in 2022 compared to prior years.

Among the countries to see growth between 2021 and 2022 is China, despite the turbulence in the Chinese market last year which saw declining profits among even some of the industry heavyweights. The country saw a $1.99 billion increase in consumer spend, bringing the total to $42.38 billion, almost twice as high as the number two market, the United States, which drew consumer spend of $24.02 billion.

Downloads are on the rise

Despite the fall in consumer spending, downloads continued to rise significantly, jumping from 6.67 billion to 89.74 billion.

China stood out with the largest increase in downloads, jumping 2.58 billion to 31.4 billion total, far and away the best performer and accounting for 35 percent of the total. This jump, while notable, should be examined in the context of the Chinese mobile industry, which imposed a hiatus on game licensing in July 2021 which remained in place until April 2022. Although 2022 saw several high profile mobile releases, such as Diablo Immortal and Marvel Snap, it’s possible that the licensing freeze negatively affected download numbers, and that the figures may have been significantly higher had the Chinese market not been affected by these restrictions.

Only one country, Japan, saw declines both in terms of consumer spend and downloads. Despite being seen as a hub for the global games industry, Japan’s gamers have been slow to adapt to mobile technology.