With growing pressure to regulate data protection and potentially expanding gambling laws covering all manner of monetisation, Paul Gardner from Wiggin says developers and publishers need to be proactive 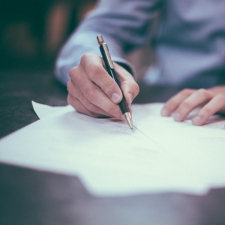 Game compliance is key, as anyone who ends up inadvertently or intentionally breaking regulations can be hit by a hefty fine. So, Paul Gardner from Wiggin says, companies need to stop treating it as a checkbox exercise and be proactive in their work.

Speaking at PGC London 2023 in Track Room 1, Paul Gardner was speaking on the topic of "Regulation & mobile games What is happening – and what does it mean for the industry?"

Working for Wiggin, a legal firm specialising in media, IP and digital law, Gardner gave an overview of the current and coming legislative landscape. He covered what's happening, with new initiatives to loosen the definition of gambling laws to potentially cover monetisation methods like lootboxes. As well as ico's work to safeguard information of younger players and questioning developers and publishers about how they are complying.

So why is compliance important? Paul Gardner as previously stated, points to the massive fines that can be levied towards developers and publishers who aren't compliant. As he points out, the lense is also focused on interactive media, video games in general and mobile games in particular. As time goes on, these regulations are going to happen whether we like it or not.

So how can you be compliant with regulations? The first thing he advises is to increase your focus on it. Even by making preparations, adequate or not, companies can point to these efforts. Secondly is to prepare impact assessments and for further scrutiny from regulators. Anticipating what can happen and preparing for it is just as important as complying with the regulations today, as more can be brought in tomorrow. He advises developers concerned about these regulations to reach out whenever regulators call for input from industry professionals.

Paul's talk is, of course, part of PGC London 2023. Our biggest ever, it features presences from some of the UK and the globe's biggest and best companies. If you didn't make it this year then don't fret, as later on in 2023 we'll be seeing PGC Seattle 2023! See you there.

Find out what you missed at the biggest show in Pocket Gamer Connects history!