Reko Ukko will be giving a talk at Pocket Gamer Connects Helsinki titled Telling Your Brand's Narrative Across Mediums: A Case Study on Seriously's Best Fiends 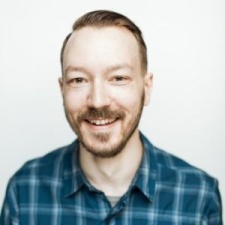 Reko Ukko is Senior Vice President of Game Design at Seriously, a company creating mobile games designed to be developed into entertainment properties.

Ukko has spent the last 15 years designing games. Prior to Seriously, he was Head of Game Design at NaturalMotion, where he lead the design team and worked on projects, including Clumsy Ninja.

He has also shipped successful titles across AAA consoles, handhelds and Facebook platforms at Remedy, Digital Chocolate and Bugbear Entertainment as a lead game designer.

In his session, Ukko will explain how to design a successful game and enduring IP that will build brand awareness and continually engage the consumer across platforms, using the success of the Best Fiends brand as a case study.

Reko Ukko: I'm currently the SVP of Game Design at Seriously. Previously, I worked as the Head of Design at NaturalMotion in Oxford, and before that I had the honour of being part of Remedy and Digital Chocolate, among others.

At Seriously, my day-to-day is pretty varied for the most part. It’s a team effort when it comes to designing Best Fiends.

I typically add the final touches to any new features in the game or sometimes design the features from scratch.

Everyone has great ideas, and it’s my job to sort out the non-essential to make it really shine! I also make sure that we integrate new elements in a way that is "world-facing," meaning that we expand the lore, characters, and world of Minutia (the fictional land where the game is set) itself in a way that rings true to the Best Fiends IP.

The gaming industry goes through cycles, and recently hyper casual games have resurfaced on top.

We pondered upon those ‘seize the minute’ style games already at Digital Chocolate back in the pre-iPhone days, and those byte-sized snacks of 30 to 60 seconds of gaming will never go away.

We started off with Pong, WarioWare, took it to the extreme and now some are trying to build similar games.

Also, I was recently in Japan and got to visit the VR Zone arcade in Shinjuku.

I was pleasantly surprised by how it was created, and I thought about how a VR arcade is great for curating those byte-sized, all-encompassing experiences without the hassle of needing your own equipment.

The lines were packed and the variety of experiences was great.

We reach those generational inflexion points every once in a while, and I think Fortnite has shown that mobile is ready for that more complicated twin-stick 3D action.

There have been many attempts over the years to nail the UX and UI to make these complex gaming experiences simpler and more approachable (Anyone remember The Drowning from Scattered Entertainment, for example?).

But what ends up happening? Kids, who most likely never had the whole argument about mouse and keyboard being the best thing ever for 3D shooters, just accept the twin-stick controls and move on.

Six years ago, the resistance toward these would have been much different.

It’s been a tremendous year for Seriously, too, and we continue to reach exciting milestones.

Getting a good game out is only half the battle; the other half is being smart about marketing and understanding who your players are (they might not be what you initially expected).

I’ve always worked with original IP, which means you develop a pretty unconditional love for your game and what you do, and it’s something we all share at Seriously working on Best Fiends.

The attention to detail with everything we do is paramount as is making sure that everyone is on point when it comes to the IP itself.

As we've learned at Seriously, when working on a game, if all the effort goes into creating a ‘generic’ take on a genre, without any depth in the IP, it’s hard to feel the love.

With a more comprehensive and well-developed IP, players will fall in love with the game just as the developers have.

Players will not only love the game itself, but also the world and the characters in it. They even create their own stories in their heads, which we bring to life.

We continue to develop and build a world beyond mobile with character stories, animated shorts, and much more. I love that there’s space in the market for something like that.

The market has grown and over half of the population of the world has mobile phones. I think we will see new mobile phone unit shipments decrease, similar to how new internet users are harder to find, but the existing users will keep spending more and more time with mobile-first digital media.

Thus, we already have generations that have used mobile devices their entire lives and that will slowly change the definition of what constitutes a game.

Something that we once thought as “it’s not going to work because of X” might just work today since the new generations coming in can get used to the idea.

The barrier to entry and upkeep in the market is tough; it’s still one of the toughest markets out there. I’m curious to see if there will be a generational inflexion point where a new paradigm will be defined.

Back in the day, paying for avatar customisation didn’t really interest anyone, but now it’s standard since the younger players have grown up with it.

Every service provider wants to make the barrier to entry as low as possible and rely on user data to accomplish this.

Given how fast things move, it’s no wonder there has been confusion about how data is used and those differences in perception can have unexpected consequences.

In 2018, we were preparing for GDPR. Even though that dust cloud was much smaller than anyone expected, the industry is still figuring out the best way to move forward and how that applies to the current legislation.

I haven’t had the chance to visit Pocket Gamer events that often, so I’m interested to check out the different talks both on the stage and off it.

I’m also talking on Wednesday morning, so come hear the crazy, creative stuff we do at Seriously.