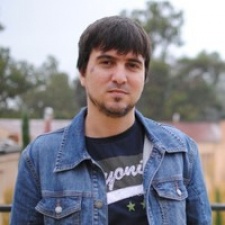 Erick Passos: I'm one of the senior developers of Photon Quantum, our flagship deterministic multiplayer framework.

My role includes working on the core components (developed most of the physics engines, for example) but also working closely with customers to help them achieve the best possible results with our products.

Besides Quantum? I think the fact that realtime multiplayer mobile titles have a prominent role in the revenue charts.

All bets are on this now.

We've been around in the industry since 2003 (15 years, wow) and saw the rise and fall and rise of mobile and consoles.

Unity re-charged the whole industry and it is amazing for the Independent Studio scene. But most of the money is sadly made by just a small amount of the biggest developers.

A lot more realtime multiplayer titles will show up. The battle-royale mania will consolidate with a couple of major titles, while we'll see more and more interesting online action games showing up.

Meeting with the studios. It's always nice to catch up with game developer friends and see where all the trends are going.

In a few short days the whole mobile gaming industry is set to descend on Helsinki for Pocket Gamer Connects. The event, which runs from September 11th to 12th, is packed full of talks, tracks, networking opportunities, and more. You can read about the full conference schedule here.