Stateside: AppGratis ejection proves it's never wise to bet the farm on Apple

Developers, multiplatform is the future

April 16th, 2013 - 04:28pm
By Carter Dotson, Stateside columnist
Chicago-based Carter Dotson is a senior writer at 148Apps.com, which was acquired by PocketGamer.biz publisher Steel Media in 2012.

Never forget just who is in control of the App Store's walled garden. Apple rules the App Store with an iron fist, and those who displease it are ejected without remorse.

It's a stance that's come to pass via two very different circumstances recently, but the lesson remains the same in both cases: Don't rely on the App Store alone, because its initially warm and welcoming rug can be pulled out from underneath you at any point.

Have you heard of AppGratis?

The most prominent example of this at the moment is, of course, AppGratis.

The French firm's daily free app promotion service was pulled from the App Store for a myriad of reasons, but the big one seems to be that Apple disliked how AppGratis essentially could sell a slot in the top free apps chart.

Nevermind that Apple has a ranking system that can be 'exploited' in such a way, nor that Apple pushes a free app promotion of its own that in a way competes with AppGratis.

It's also worth noting that AppGratis doesn't just feature apps that buy into its system  iOS puzzler Polymer was featured by AppGratis simply because the company appeared to like the game, for example. 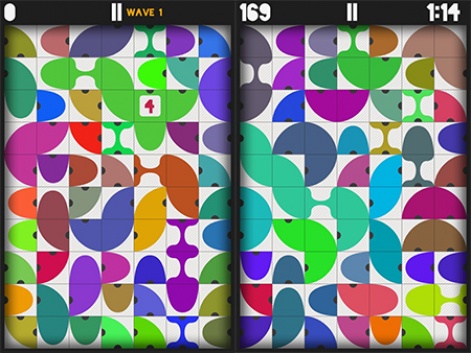 All of these factors appear to be red herrings. From the outside looking in, it looks as if AppGratis simply got too good at what it does.

The end result is, AppGratis now finds itself isolated from the very ecosystem that allows its system to work  or, at least, unable to build its audience beyond the 12 million already on board.

As such, the firm has been cut off from life support, all because of Apple's sudden decision to interpret its own guidelines in a certain way.

The Sword of Damocles that Apple hangs over developers' heads had also seemingly been called into action in the world of comics, with issue #12 of Saga was supposedly banned by Apple from being sold on the App Store due to featuring images of gay sex.

As it turned out, publisher comiXology decided to pull the comic itself due to its chosen method of delivery, rather than the issue's content.

The plan had been to launch it through comiXology's iOS release, but the company initially believed doing so would violate Apple's policy on books sold within apps, so  in its own words  it chose to launch the issue on its own web store, excluding it from the comiXology iOS app."

"We did not interpret the content in question as involving any particular sexual orientation, and frankly that would have been a completely irrelevant consideration under any circumstance," the company explained to customers on its blog. 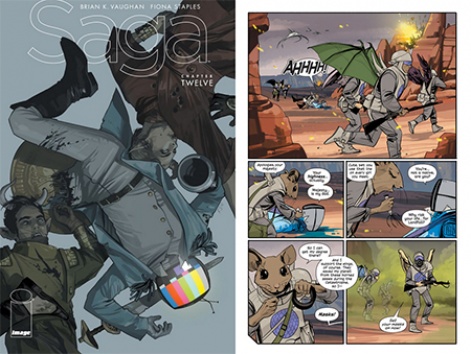 The fear was, had comiXology launched the issue in-app, it risked losing the ability to sell in-app purchases in the future  that was seen an especially big gamble, given its currently #62 in the top grossing chart on iPhone at the time of writing.

That's not to mention the fact that, had comiXology run into trouble with Apple as a result, customers unable to buy the comics they were after would have likely turned their anger against the company.

It's probably far more financially prudent to anger a anti-comic-censorship advocates than to anger the entire iOS paying customer base, so it's hard to fault the company for their initial decision  one that's since been reversed.

It's important to compare the different approaches adopted by AppGratis and comiXology, however.

AppGratis angered Apple, and has been left out in the cold as a result. On the other hand, comiXology  fearing action by Apple  had a backup plan in place just in case. The firm has an Android app, a Windows 8 app, and there's even web access available.

While scaling an app or service across multiple platforms is an undertaking for even sizeable teams, the payoff should the developer run into trouble with one or more platform holders shouldn't be underestimated.

It's not as if Apple is short of reasons it can use to pull your app, either.

The giant has shown in the past it's not beyond censorship, blocking out content and issues it doesn't wish to have aired out on its platform. Monetisation strategies, too, can fall foul of its rules, no matter how popular the game in question is. 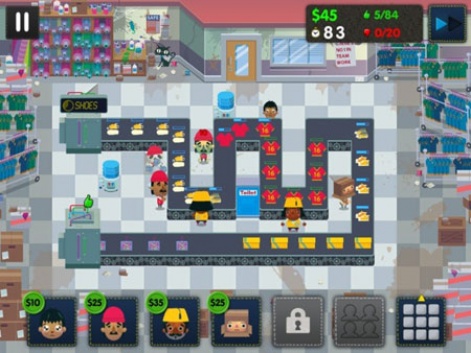 Sweatshop HD was pulled by Apple back in March
Temple Run, for instance, suffered in late 2011 when it was pulled (and its in-app purchases disabled) after Apple disapproved of the incentivised videos that had been built into the release.

Developer Imangi, which had been featured by Apple in the past and had made a name for itself with Harbor Master, took in no revenue for several days essentially without warning because it did something Apple didn't like.

(It's worth noting here, of course, that Imangi's titles are now multiplatform. A coincidence?)

Indeed, launching on Android as a safeguard against Apple action seems entirely logical.

Google is certainly more open to more controversial content and different monetisation strategies, helping Android fit the bill as a suitable secondary revenue source. In short, it's wise to have as wide a presence as is humanly possible.

The fact many engines now allow developers to publish across multiple platforms, too, is also of note. Unity is popular for this very reason, and there are plenty of other options available for developers looking to spread their base.

Yes, there are additional challenges when it comes to issues such support and building in different monetisation strategies to suit the host platform, but the long and short of it is, Apple is simply too fickle of a platform owner to trust as the sole source for an app's revenue.

If the App Store is your main source of income, your entire business lives or dies on Apple's say so.

While it seems likely that we'll see AppGratis cosy up to Android in the near future, it's important that other businesses currently reliant on Apple realise there's nothing to stop them being left out in the cold if they're ever ejected from its walled garden.