Does Disney plus Fox equal a mobile gaming powerhouse?

Poised to shake up the industry? 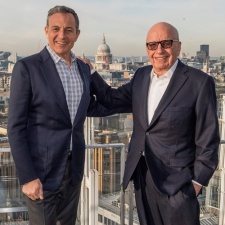 Disney's $52 billion acquisition of 21st Century Fox is huge news for the world of entertainment.

It promises to make Disney, already the owner of some of the world's biggest properties in Star Wars and most Marvel IP, an even more dominant force.

But it also comes after some major strides into gaming for Fox, including the acquisition of mobile games start-up Aftershock from the rubble of Kabam's break-up and the establishment of its dedicated games division Foxnext Games.

A little analysis reveals that forays into mobile gaming for Fox, particularly those leveraging The Simpsons and Family Guy IP, had borne fruit over a significant period and more than justified its decision to double down on the space.

But while it's currently unclear exactly what Disney's plans are for Fox and Foxnext, it has its own bulging catlogue of mobile games that could offer some synergy.

Bumps in the road

It can hardly be disputed that Disney, even removing this acquisition from the equation, holds the most enviable roster of IP in the world. This inevitably applies to the mobile games market, too.

Indeed, there is nary a mobile game developer in the world that would turn down the chance to work with a Disney property.

The division's flagship game for 2016 was Marvel: Avengers Alliance 2, but the game - along with its predecessor - was shut down a mere six months after launching.

This preceded the cutting of 125 jobs at the studio that developed the game and the departure of Disney's mobile games chief Chris Heatherly to join NBCUniversal.

But in many ways, Marvel: Avengers Alliance 2 was the victim of Disney's existing success in the mobile space.

In terms of IP, it found itself up against the enormously successful Netmarble-developed brawler Marvel: Contest of Champions.

And within its genre, the squad-based RPG was competing with EA Mobile's unassailable Star Wars: Galaxy of Heroes.

Contest of Champions still regularly charts inside the top 10 on the US iPhone grossing charts and Galaxy of Heroes is well within the top 50, which means that these games are still generating good revenues for Disney by virtue of licensing.

But while the firm will be keen not to compromise this, one wonders the extent to which Disney harbours a desire to ultimately cut out the middle man by developing its own top-grossing mobile games in-house.

And Disney is itself a prolific publisher on the app stores, albeit mostly of iMessage sticker packs.

A recent success in the games category, though, is Disney Emoji Blitz. The game, launched in July 2016, peaked in the iPhone grossing charts at 29th in November 2016 and has largely stuck around in the top 200 throughout 2017.

It's still a game with the potential to spike higher, too, sitting at 95th as of December 19th 2017.

But meanwhile, Cars: Lightning League has failed to register on the US iPhone top grossing charts at all since its June 2017 launch.

Star Wars: Puzzle Droids has not featured on the same chart since October, having never entered the top 500 in its brief stint on it.

The soft-launched third-person shooter Star Wars: Rivals has also struggled, peaking at 218th on Australia's iPhone grossing charts in July but thereafter barely featuring at all.

It is somewhat perplexing that games with such popular licenses attached can be met with relative indifference, serving to make the successes of Star Wars: Galaxy of Heroes, Marvel Contest of Champions and others more impressive.

But the fact remains that Disney has immense potential in mobile games, both in licensing its properties out to other developers and working on them in-house.

One of the best examples of the latter would be Star Wars Commander, which launched way back in August 2014 and still recorded an iPhone top grossing chart position of 302nd as of December 19th 2017.

And what will be particularly interesting to see, should the Foxnext Games project continue under Disney, is the extent to which it collaborates with Disney Interactive Entertainment.

Does Disney double down to leverage its bolstered IP lineup on mobile itself, or cut its losses after recent struggles and concentrate on signing deals to create more lucrative games like Marvel Contest of Champions and The SImpsons: Tapped Out?

The answer, as before, is likely to be a mix of both these things. But whatever the approach, it's difficult to see how a united force comprising Star Wars, Marvel and The Simpsons can not be a hugely influential player in an industry as mainstream as mobile gaming.

An ideal match: The making of Star Wars: Puzzle Droids