How does Golf Clash monetise? 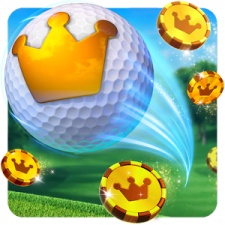 There appears to be just one simple question at the heart of Golf Clash: what would happen if the slick metagame of Clash Royale met the broad, accessible PvP gameplay of a sports title?

What happens when the metagame of Clash Royale meets the broad, accessible PvP gameplay of a sports title? Golf Clash.

Launched in September 2016, it's been a slow burner. TT Games acquired Playdemic in February 2017, ostensibly to work on mobile LEGO games, but has found that the real gem it's acquired is the buoyant Golf Clash.

Indeed, the game recently hit a massive milestone by generating $1.1 million in a single day - a record sales day, more than nine months after its launch on July 4th 2017.

So what is it about Golf Clash that keeps propelling it to new heights?

If there's one company's work that Golf Clash feels closest to, it's Miniclip.

Its combination of fuss-free matchmaking and quick bouts of simple, skill-based gameplay is cut from the same cloth as the likes of 8 Ball Pool and Archery King, and Playdemic makes that complex formula look easy.

This is key to the game's central appeal, and understanding its success.

But what Miniclip's games have often lacked - although recent releases have gone some way to remedying this - is a compelling reason to spend.

Playdemic's solution to this was to crib Clash Royale's rewards and upgrade systems almost wholesale.

One chest can be unlocked at a time, and more valuable chests take longer.

You know what this means by now: chests are rewarded for victories, which occupy one of four slots in the main menu until they are unlocked. Only one can be unlocked at a time, and more valuable chests take longer.

Chests yield cards - in Golf Clash's case representing not units, but clubs and balls - which are eligible to upgrade using soft currency when a certain number of the same card has been accumulated.

This means that the game's monetisation is also rather familiar, and on the timed reward system pioneered by Clash Royale and oft-imitated elsewhere, my position is unchanged - it's an incredibly smart piece of design.

Of course, the idea behind it is to encourage the use of hard currency Gems to skip the timer and get your rewards early, like an impatient kid at Christmas.

Gems can also be used to buy cards, which range in classification from Common to Epic. A selection of three is available at any time in the club shop, though the stock rotates every few hours.

This adds a sense of urgency to any purchases, making clear that a particularly coveted card won't stick around forever.

Golf Clash's splash of Miniclip inspiration puts a different spin on the use of Coins.

Look after the pennies...

Golf Clash's Coins will also be familiar to Clash Royale players, with the soft currency's primary function being to upgrade cards.

However, there are some key differences in how the currency is earned through gameplay. Clash Royale's metagame relies to a certain extent on scarcity of soft currency, but Golf Clash's splash of Miniclip inspiration puts a different spin on this.

There's a gambling element to Golf Clash whereby the player can unlock and enter multiple Tours. The easier Tours have a smaller entry cost and yield smaller rewards, while others offset tougher opponents and a higher down-payment with larger rewards for a win.

This then becomes the primary function of Coins as a currency, and means that - purely as a result of performances in games - the player can either lose all their coins or build an impressive hoard relatively quickly.

This leads to a lively risk-reward dynamic. Playdemic is obviously keen that nobody is priced out of the game and given no chance to recoup their losses, which is why a rewarded video ad is always on hand to make a quick 50 Coins - exactly the cost of entering the Beginner Tour.

One of the best uses of Gems may actually be to spend them on Coins.

But with Coins also in demand for Card upgrades, like in Clash Royale, the average player will quickly find that this 'soft' currency is just as valuable as Gems.

In fact, one of the best uses of Gems may actually be to spend them on Coins, with bundles available from 2,000 Coins for 60 Gems to two million Coins for 20,000 Gems.

Learning from the best

Another way Golf Clash encourages spending is through the use of timed offers, which are presented as rewards for progressing to a new Tour.

The first, the closest the game comes to a starter pack, offers excellent value at $0.99 for a Gold Chest, 80 Gems and 4,000 Coins - which are accumulatively worth five times their asking price.

But other than this, it's a simple affair. Golf Clash's triumph isn't in the new ideas it brings to the table, but the way it implements those taken from elsewhere so effectively.

Playdemic has seen what the likes of Miniclip and Supercell have been able to achieve with metagame design around a competitive PvP framework, and has used that to great effect.

The result is a game that is welcoming and engaging, with the value of IAPs clearly communicated without the application of undue pressure.