How does War Dragons monetise? 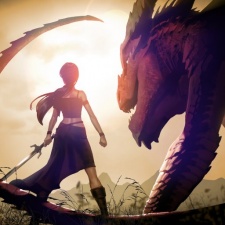 Welcome back to the In-App Purchase Inspector– our regular look at free-to-play games from the consumer's perspective.

This time we're taking a look at War Dragons, the base-builder/on-rails shooter hybrid from US developer Pocket Gems. Launched in 2015, it's been a consistently strong performer in the top grossing charts.

If there's one type of game the mobile marketplace certainly has no shortage of, it's build and battlers.

Typified by Supercell's seminal Clash of Clans, it's a genre that balances defensive resource management with an (often minimal) element of offensive strategy.

It's also one in which, to all but the most committed of players, the leading titles all look broadly similar.

But there are some outliers and one of the most notable is War Dragons.

Described by Pocket Gems at its launch as “the beginning of an entirely new chapter for Pocket Gems marked by deeper, richer games,” War Dragons' big innovation was to mix traditional base-building elements with 3D attack phases that see the player tapping and swiping to rain fire on enemy bases.

And as the past two years have proven, it's a popular combination.

While its gameplay and concept set it apart, War Dragons is built around quite familiar elements.

Rather than offering an additional builder as an IAP, War Dragons has an Elite Account.

Back at the base there are defensive units, such as cannon and archer towers, and those that generate resources over time. Both need to be maintained and upgraded to boost the player's overall level.

To build and upgrade these units takes time and these timers – a genre staple – are central to the game's monetisation.

Skipping them is one of the most common uses for Rubies, the game's hard currency, while longer timers can be chipped away at with a number of Speed-Up Tokens – which are available as rewards and through IAP bundles.

As always with these kinds of games, the rate of progression is slowed significantly by the number of builders you have access to – in other words, how many buildings you can upgrade simultaneously.

Some games offer an additional builder as an IAP and it is often one of the most valuable purchases a player can make in the early game. Realising the value in this, Pocket Gems takes things one step further with its offer of an Elite Account.

In return, Elite Account holders can upgrade two buildings at once, are awarded twice the Egg Tokens (the resource required to discover new dragon species), can level up dragons twice as quickly and are awarded 50% more resources from their buildings.

There are also a number of bundles, usually containing a combination of Rubies, Egg Tokens and Speed-Up Tokens, including the particularly excellent Head Start Pack.

Egg Tokens are effectively the game's soft currency and are used when cross-breeding two different dragons to unlock new species. They can be bought using Rubies when depleted.

War Dragons is the product of a developer with a high-level understanding of monetisation.

But there are a handful of dragons who cannot be bred this way and can instead only be unlocked using Rubies. Each still requires a certain egg – or combination of eggs – but also demands a fairly substantial haul of hard currency on top.

To conclude, then, War Dragons is the product of a developer with a high-level understanding of monetisation.

Its bundles are perfectly pitched and its Elite Accounts offer an enticing combination of lasting rewards in return for recurring payments, while the game isn't so stingy with its gifting as to drive players away.

For a player in its relatively early stages, War Dragons maintains largely the same pace one would expect of a build and battler. That core, from a monetisation perspective, is one that does not demand a fundamental shake-up.

But while players will initially be hooked by the action elements, it's the tried-and-true metagame that will sink its talons in. And for the players invested enough to spend, there's undoubtedly good value here.

Dark Ages: The monetisation of Age of Empires: Castle Siege