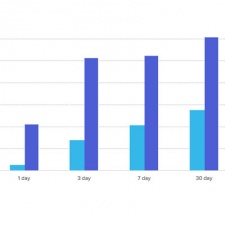 Whether you're spending millions of dollars or nothing at all, everyone seems to agree that there are serious problems with user acquisition when it comes to mobile games.

Or, perhaps more technically, everyone agrees that UA is becoming commoditised and less effective per dollar spent.

Yet, in terms of global reach, such channels remain the only game in town.

Still, that doesn't mean that plenty of startups are considering new and better ways of engaging with players - disrupting that commoditisation and improving your bang per buck.

One such is Dutch outfit TinyLoot. Currently soft launched in the Netherlands, it's an Android-only platform whereby developers reward their players in-game with micro-transactions for engaging with their content.

It characterises this interaction as a loyalty reward, which typically could be 20 cents for 10 minutes playtime, up to a maximum of $2 per player.

One developer that's been trialling the platform is UK developer Hutch Games which implemented TinyLoot in its 2013 release Smash Bandits.

Comparing players acquired through TinyLoot to normal UA and organic channels, Hutch says retention for the TinyLoot players is more than 50 percent higher, and this continues even past the point at which players have received their $2 maximum reward: a quarter of players continue to play past.

More significantly, the ARPU from TinyLoot players was more than double the other players, perhaps because players have to connect their PayPay account to receive their loyalty reward.

This encourages them to spend their reward in-game, which in turn encouraging further spending.

More good news came from the fact that TinyLoot players cost less than 50 cents to acquire, making the platform even more profitable.

"In comparison to our organic traffic we have seen better results in long-term retention and more than double the average revenue per user from TinyLoot.

"I'm extremely happy that companies such as TinyLoot are challenging the status quo. Our latest game MMX Racing is shortly launching on Android and TinyLoot is an obvious choice for user acquisition."

Other companies currently signed up to use TinyLoot include Rebellion, megapop and Ubisoft/FGOL, while TinyLoot itself has just closed a Seed funding round to scale up the platform in terms of development staff and operating countries.

You can find out more about TinyLoot via its website.

Getting paid to play: TinyLoot on shaking up the UA status quo

Thinking outside the UA loop: TinyLoot platform will pay gamers to play