So, Tim Cook is gay. Why exactly should you care?

Why no news is good news 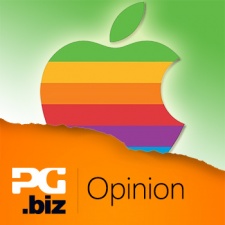 “I’m proud to be gay, and I consider being gay among the greatest gifts God has given me.”

You couldn't miss it. News that Apple CEO Tim Cook had 'come out' was all over my social feeds when I started up my (non-Apple) laptop yesterday morning.

As those who follow me on Facebook will be aware, my first reaction was to make a joke about Cook stating the obvious.

And then the other was to congratulate him, largely because of that quote at the top of the page. Not because the CEO of one of the biggest, most successful and frankly culturally important companies on the planet is gay - that's brilliantly unimportant - but rather because he wanted to go on record about it.

To be frank, Tim Cook's coming out is my kind of coming out. Rather than popping onto Oprah (does Oprah even exist now?), ringing up the tabloid press or letting it slip by accident, Cook has taken his declaration to Bloomberg.

I like to think that if I were a CEO of one of the world's biggest companies, I'd do the same thing. Instead, I made up my own mind to come out to my parents while sitting on the bus, heading home back from a day at college. I even had the decency to wait until my mother had finished watching Home & Away. Who needs Bloomberg?

Apple is as successful now as it has been at any other point in its history. The fact Tim Cook has come out won't change that.

Nowhere in the article does he detail any major struggles, any romances, any highs or low of any kind. Rather, Cook's decision to discuss his sexuality now, little over three years after he took charge of Apple, appears motivated by a desire to show that you don't have to be entirely straight-laced – or indeed, straight anything – to get to the top of your particular field.

Cook no doubt has bigger fish to fry than GamerGate, but it strikes me that Cook's decision to come out now is a particularly well timed one. It's my firm belief that, within the games industry as within western society as a whole, people are far more willing to embrace equality than they were ten or even five years ago.

The problem is, the more the masses take it upon themselves to accept people who, in one respect or another, happen to be different to them, the louder those stuck in their ways get.

No news is good news

I've said before on these pages that we shouldn't dismiss the genuine concerns raised by GamerGate, but at the same time, we shouldn't over-estimate the number of people who have thrown their weight behind it.

Even the smallest number of people can make a big impact – especially if they're making death threats or talking about blowing people up with bombs – but, if you look at the billions of people across the world who play games, only a tiny fraction of those have aligned themselves with the extreme elements of the GamerGate movement.

It's in this context that I welcome Cook's understated – but undoubtedly effective – 'outing'.

In one way, you could say it's depressing that, in 2014, it's noteworthy that the CEO of an undoubtedly liberal organisation based on the outskirts of San Francisco has felt the need to clarify his sexuality on any level.

But I prefer to think of this as one in the eye for those who wish to trample over diversity in either the tech or games industries. Apple is as successful now as it has been at any other point in its history.
The fact Tim Cook has come out this week won't change that – bar rustling a few Russian feathers, it changes absolutely nothing. It isn't important.

And the very fact that it isn't important is, conversely, exactly why it is important at the very same time.