Unlocking UA for quality not cash 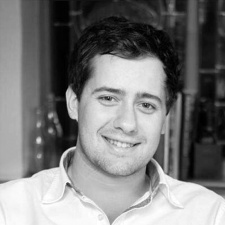 At Tapdaq, we recently conducted a community survey in a bid to better understand how the app economy currently functions. The 60 developers we spoke to provided us with some invaluable insight, but also drew attention to some damning statistics.

One of them was this:

When asked about why they didn’t promote their applications on ad networks, all 60 developers gave the same answer: “I can’t afford to”.

Over the last few years, the earnings gap between the richest and poorest developers on the App Store has grown sharply. The global success of companies like King and Supercell has meant that movement at the top of the app download charts has become much less frequent.

In fact, in the eight months prior to Distimo being acquired by App Annie in May 2014, only four different developers had featured in the top 5 grossing ranking on the App Store. These companies were:

In July this year, Developer Economics published that 1.6% of developers were making more money than the other 98.4% combined.

In fact, 50% of developers are below the ‘app poverty line’ and earn less than $500 per app per month.

A small handful of large developers are engaged in a bidding war between one another for the market share of impressions available.

The majority of the world’s largest mobile ad networks operate on a bidding system. What this means is, advertisers sign up and bid for installs at the highest price they can afford. For indie developers, the price they can afford is dictated by the LTV of one of their users.

The problem here is this: the 1.6% of developers that take home the majority of App Store revenue are also the developers with the highest average lifetime user values. So, the end result is that a small handful of large developers are engaged in a bidding war between one another for the market share of impressions available on the various mobile ad networks.

As the average LTV of their users is superior to the vast majority of other applications, they can easily maintain their position of domination on the App Store, as no indie developers can afford to compete with the astronomical costs of user acquisition.

This is a direct result of the huge bidding wars on the network, and it is completely alienating the advertisers and publishers on the platform.

But it’s not all bad news

As I mentioned above, the difference between the advertisers and the publishers on these large ad networks has never been higher. Whilst, 94% of independent developers can't afford to acquire users through mobile advertising, developers that are monetising their apps by publishing adverts are making more money than ever before.

As the largest advertisers are willing pay more and more for their installs, we have seen the emergence of app reskinning.

Whilst many argue app reskinning has a negative effect on the overall quality of applications on the App Store, thousands of developers are building profitable portfolios off the back of this business model, fueled by revenue from ad publishing.

The worrying part for indie advertisers is that cost per install figures are showing no signs of declining any time soon. As long as the large developers continue to refine the ways in which their apps monetise, they will continue to be able to bid more and more for installs.

One of the biggest parts of the problem here is that it often takes huge investment to iterate your application to the point where its LTV allows you to compete in the CPI environment. Large developers can buy data, research, and ultimately installs, at a price that is out of the reach of indie developers.

Our aim at Tapdaq is to build a platform that can commoditise these aspects of app development, resulting in all developers having an equal chance at success.

Dom Bracher is co-founder and CMO at Tapdaq, a transparent marketplace where indie developers can trade installs, for no cost.

Striking the balance between user experience and monetization

Reply
Tom Ricket Partner at Inert Soap, LLC
I just wanted to wholeheartedly agree with this. :) We've been an Indie developer since the end of 2009, and just can't afford the CPI rates that the big boys can. We've put thousands of dollars into advertising (iAd and others), with very low return. Many of the alternate things we tried (Tapjoy installs, etc.) end up getting banned by Apple. So we heartily approve of anything that tries to make the system better for both users and developers!
Posted 7 years, 7 months ago