Leading the Croatian game sector into the future 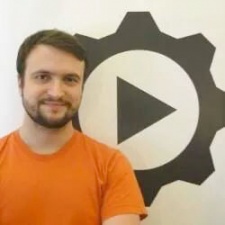 “This could be any country in Europe, but I'm just going to highlight similarities that I've come across in some research,” said Lovro Nola, director of Croatian game development and training centre Machina.

“Usually this country has less than 20 million people, often times it's a transitional or developing economy. Often it can be a one-trick pony, in the sense that they are reliant on one or two specific industries to finance the majority of their GDP.”

He was talking about on stage at Dubrovnik's Reboot Develop 2015, a conference for developers and industry professionals, about the underdeveloped games sector of Croatia, and other small European countries like it.

“You have a public sector that is unaware of the games industry or is unresponsive... such a country also tends to have a negative public image of games, especially if we're dealing with countries that have a significantly older population, as is the case with Croatia.

“Games are seen as a waste of time; the question 'when are you going to get a real job?' is often asked to game developers.

Government funding won't come into play until there are some solid numbers showing ministers the potential.

“Finally, you have a poor or non-existent investment cycle. You want to make a game? Even with some kind of a track record, and a game existing in the market, nobody's going to give you cash for your second game.

“And that can be public or private, it doesn't really matter - it's not there, it's not available.”

Nola identified three factors that need to change in order for such countries to grow their games industry: society as a whole; the public sector; and the private sector.

Government funding won't come into play until there are some solid numbers showing ministers the potential of their investment, said Nola: “They're not the ones who want to risk their jobs giving money to a fledgeling industry.”

As for individuals and society as a whole, Nola speaks of the great power in enthusiastic individuals - but particularly in civil associations who, if their organisation is good enough, “can move mountains with little resources.”

Their potential, he confesses, is somewhat hamstrung by the fact they largely operate on a volunteer basis, however. Instead it's the private sector that comes closer to finding the real key to change, according to Nola.

“We cannot count on developers alone to lead the development of a game industry,” he said.

We cannot count on developers alone to lead the development of a game industry.

“So we come to specialist media, like Reboot, who obviously benefit from an increased audience if the game industry is bigger.”

Still, even a major publication like Reboot - the hosts of the very conference at which Nola delivered this talk - is unable to fully champion the native development scene because of the need to “balance the national and international scale” that comes with being an impartial media outlet.

Hosting an event which invites international speakers and press to rub shoulders with Croatian indies is a good example of Reboot exercising its power to support the scene within the confines of editorial ethics, one might add.

In short, Nola spoke of a Croatian industry which needs a few more evidentially successful developers in order to show influential figures that it's not such a risky proposition after all.

And this needs to come from a place of enthusiasm, rather than cynicism.

“If your profits are derived from the growth of the games industry, and the games industry doesn't exist, your first couple of steps are going to be made at a loss. So, initially you've got to have some intrinsic motivation for doing this.”

Croatia has individuals and small teams with intrinsic motivation in spades, as was evidenced by the strong showing of homegrown games available for Reboot Develop attendees to try out.

“One of my long-term goals is to make money by educating people for future game developers. The problem is, in Croatia we have 10 game developers and they've hired only 3 of my students.”

Nola sees Machina as a company that has the potential to help mobilise the masses of enthusiasts and turn them into the next wave of industry professionals.

“We also have incubation, where people who have finished our programmes are basically helped getting their products out there.”

Three of the teams from the programme, Binx Interactive, Rotten Knights, and Orc Dentist, were showing off their games at the conference, a testament to the work Machina is doing.

We want to connect our students with developers currently working in the region.

“We're building a portal. With it, we want to connect our students with developers currently working in the region, letting future employees know what they need to do to succeed in this industry.”

“We also want to look at getting current developers investing their money into start-ups. We currently have a case like this happening, a bit of a pilot programme, and I think it's going to work out great actually.”

The portal is still in pre-alpha, not even being tested with developers for another six months, but Nola plans for it to operate with a system of user profiles graded by a points system for indies and prospective industry employees on the programme.

These points would be earned through education, experience and other factors, although details are still being ironed out at this stage. The other big push of the portal is a kind of regional jobs board.

Using this, not only would developers in the region be able to target their vacancies at a young and educated group of enthusiastic members, but individuals could also offer their services directly for the perusal of such companies.

It's a way off yet, but Nola's attempt to unify the disparate strugglers of Croatia's development community into a concerted push for growing an industry is an interesting and admirable one.

And, with organisations like Machina and events like Reboot's Develop and infogamer, a sudden acceleration in Croatia's growth as a game development hub is by no means infeasible.

“From the last infogamer, we had a lot of interest from certain ministries saying, 'Ah, we see you're doing a lovely job here, can we come and talk, can we see what's happening?'” said Nola.

“It's showing that steps are being done in the right way."