Inside the Game: Adding the Prom Throne to High School Story

Andrew Shvarts on a balancing act 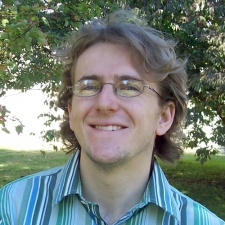 Andrew is an experienced mobile game designer with a focus on creating emotionally engaging experiences. He began as a writer on the feature phone series Surviving Hollywood, then worked as a designer at Electronic Arts on the iOS games Surviving High School and Cause of Death.

He then moved on to Pixelberry Studios, where he worked as the primary designer on High School Story. Andrew developed the major gameplay systems, worked extensively with the content team on story and character, and helped create and balance the economy.

One of the most unique and challenging aspects of being a F2P designer is the relentless demand of post-launch feature support.

While in the console/PC gaming world of the past, designers only have to make it to release, in F2P, launch is only the beginning.

In previous articles, we've discussed how a successful F2P game doesn't just mean launching a solid product; it means being able to support that product for months and years, consistently expanding on the original game with new modes, new content, and new features.

In this article, I'll talk about of one of the most successful post-launch features we've added to High School Story - the Prom Throne.

I'll walk through its entire journey, from its original inception to its final implementation, and show how Pixelberry is able to keep adding to its flagship game, two full years after it's been released.

A feature is born

The first step in designing a new feature is deciding which feature to even work on.

The Prom Throne provides players with a daily drop of our Premium Currency for 30 days.

To do that, we pull our designers and producers into a conference room and hold a long brainstorm on what we'd like to see added to the game.

This brainstorm usually produces an exhaustive list, from the technical ('optimize resource allocation to reduce file size') to the fantastic ('baby dragons that follow the characters around!').

Picking a feature from the list is a matter of weighing a complicated matrix of factors.

The Prom Throne was a feature that excelled in all of those categories.

A one-time purchase, the Prom Throne provides players with a daily drop of our Premium Currency (Rings) for 30 days. After 30 days, players can restock it for another 30 days.

From a player happiness perspective, it addressed one of our most common complaints (not enough Rings). Implementing the feature would be relatively light in terms of resource cost.

And by adding a daily drop, it encouraged players to check into the game more regularly, which is exactly what we were hoping to improve on.

Now that we'd decided on a feature, the next step was coming up with the implementation. The biggest question was how exactly we'd deliver the Rings to the players.

We considered options like a HUD button or a new entry in our quest log, but we ultimately decided the most satisfying delivery method would be a new building the player could place in their game world.

This would not only put the collectable Rings front-and-center for players who bought it, it would give their purchase the added benefit of a shiny, exclusive building in their school.

And what building could be fancier and shinier in a high school than a pair of glistening Prom Thrones with a treasure chest full of Rings?

It was then on me as the lead designer to write up a design doc. And as often happens, even the most straightforward-seeming feature proved to have many hidden complexities.

Because the Prom Throne is a real money purchase, we had to map out all the cases where that could go wrong, like an interrupted connection mid-transaction. We had no flow from which to credit players with an instant purchase of a building, so that had to be designed. And because the building distributes rewards on a real-world timer (daily for 30 days), we had to account for factors like travel between time zones.

One of the biggest points of consternation was the price of the Prom Throne.

On the one hand, it was a huge Ring giveaway when all 30 days were added up, and so it had the potential to destabilize our in-game economy if we made it too cheap.

It had the potential to destabilize our in-game economy if we made it too cheap.

On the other, players would be upset if we priced a big new feature very expensively, and the idea behind this feature was to sacrifice some economy-tightness for greater engagement and retention.

We ultimately settled on the lowest price point on the table, $2.99; the con of adding more currency to our economy was offset by the far greater pros of user engagement.

With the design done, all the other teams were able to get to work.

Our artists drew a gorgeous Prom Throne. Our developers coded it to function as intended. Our writers put together the flavor text and even a tutorial quest to explain how the building worked, and our QA diligently tested it to make sure it worked.

Once it was in, there was just the final and most fun step: the moment where we all played around with the new feature and came up with ways to improve it.

A fancy particle effect of falling Rings was added to make the moment of collection feel more exciting. Our artists added a sparkling light effect to the Throne itself. And the final touch came from our CEO himself: to make the building seem even more thrilling and exciting, an adorable puppy and kitten were added to the seats.

The Prom Throne was released in High School Story on May 20th.

In addition to getting widespread praise from our players, it has sold almost 80,000 units in just 2 months.

Even better, because our other game Hollywood U is built on the same codebase, we were able to deploy the feature there as well (as a Diamond Boutique) where it has sold 70,000 units.

In addition, because players can restock the Throne once it runs out, it works as an ever-green premium item. By all accounts, the Prom Throne was a hit.

And maybe next time, we can get to those baby dragons.

Andrew Shvarts is a designer at Pixelberry Studios.