Lauri Järvilehto wants to teach you something 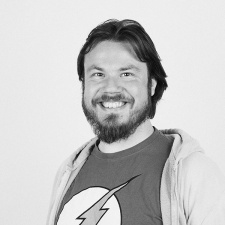 Lightneer was founded in 2015 by a group of triple-A gaming industry veterans to create the next generation of learning games.

Because of the challenges of the field, the team had to consider carefully the opportunities in the landscape and how they might impact their goals.

In this article, Lightneer CEO Lauri Järvilehto shares the five pillars for why the game of learning is ripe for change.

1. Current education systems are unable to keep up

As communities across the world gain access to digital technology, children are increasingly being bombarded with fast-paced media.

In contrast, their standard educational institutions are still relying on traditional approaches to teaching, which are often slow, if not outright boring, compared to modern multimedia.

This has led to a growing “attention gap” in which children don’t pay attention to school work, either because they are distracted by or used to the rapid entertainment nature of the internet and video games.

Even as far back as a decade ago, a Gallup Poll found that 50% of US students reported being bored in class, with significant numbers expressing not understanding why school matters.

The impact of such sentiments leaves kids susceptible to “boreout” - a feeling of boredom and disengagement so severe, it can drastically influence student productivity and growth.

As we have grown more skilled in creating custom entertainment, the risks of not being able to connect with students grow by the day.

It is clear to us that education needs to catch up to the culture and technology of the 21st century if it is to remain effective.

2. Games are an ideal platform for learning

When students fail on a test, they often lose their motivation; but when they fail in a video game, they typically have the desire to try again.

The need players have to beat a game creates a perfect platform to teach students, because it exposes them to information that they have to master in order to pass a level. In fact, every well designed game is a learning experience.

The need players have to beat a game creates a perfect platform to teach students.

Touching upon this in James Paul Gee’s book What Video Games Have to Teach Us About Learning and Literacy, educators are realizing that video games allow for a safe learning space for students to explore concepts.

With video games being played by over a billion people around the world - a vast majority of them young - many school children are already video game natives. By introducing video games in the classroom, teachers can communicate to students at their level.

DragonBox released a game app to teach algebra in 2012. Interested in getting more kids intrigued by algebra, Washington state worked with DragonBox to teach its students this level of math.

The result: it took an average 41 minutes and 44 seconds for students to master algebra skills using this video game.

Of the 40,000 students to participate, 93% of those who actively participated successfully learned basic algebra. It’s apparent how effective learning by gaming can be, a lesson that many classrooms are already adopting through trial programs like these.

There will always be a market for educational products that teachers and parents can simply give to kids with no adult supervision.

But that demographic doesn’t account for the entire market. Far from it. And for learning games to go big, they need to be as much fun to play as popular games currently available to children and teens.

We believe that learning games need triple-A game designers to tackle the problems facing this genre.

Learning games, when done right, can have a massive impact on the way we learn.

To compete with major games, learning games need to be treated like major games. That means they need experienced game designers willing to invest resources and creativity into experiences that add educational value, but also compete recreationally.

5. There’s a learning revolution on the horizon

Learning games, when done right, can have a massive impact on the way we learn.

As parents, politicians, school children, and recent graduates demand educational institutions adapt to the needs of the 21st century, there is a growing pool of opportunity waiting for the people who figure out how to accomplish this goal.

Learning games are not just a sub-genre - they represent a whole new educational paradigm still waiting to be discovered in the fullness of its potential. The first developers who successfully connect that opportunity with mainstream audiences will be the ones to write its story.

You can find out more about what Lightneer is doing via its website.

PGC Helsinki: Gustavo Viegas talking about Strategies for Dealing With an Ever More Expensive UA Funnel at the show