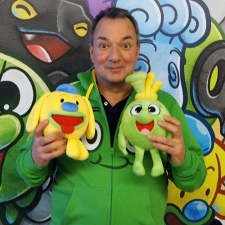 Previous incumbent and company co-founder Lauri Jarvilehto has moved into the role of chairman.

Jarvilehto said he made the decision to vacate the role of CEO as he has “never been driven enough by things like business growth or KPIs”.

Jarvilehto will continue to be the studio’s liaison with its academic partners as well as taking on some other roles within the company.

Cochrane has been Lightneer’s CEO since February. Recently the studio took the decision to can its debut educational game Big Bang Legends and removed it from the app stores on May 25th 2018. It had been in soft launch since November 2016.

“Despite the positive feedback and support from players and partners around the world, it was proving hard to reach the quality standards set by the Lightneer team,” read a statement.

“These kinds of decisions are never easy, but we feel it's best to learn from the experience and put our efforts into making new great games that inspire learning.”

The studio is sticking around however and is currently working on a new project.