Pursuing other ways of telling stories outside of games 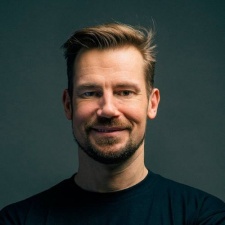 Supercell co-founder Mikko Kodisoja is leaving the company to pursue other interests.

Kodisoja revealed his plans on his personal Facebook account, stating that June 26th 2020 was his last day at the developer. He has not revealed what his exact plans are for the future, but notes that he will not be joining a new games company.

The co-founder's departure was fuelled by the cancellation of an unnamed game in August 2019, after which Kodisoja focused his attention away from games and exploring different ways of telling stories. Following a period of paternity leave, he spent some more time considering the future before making the decision to leave Supercell.

"I will still continue working as [a] member of the board in some of the Supercell investee companies. And of course I will always remain a close friend to the company," he wrote.

"I cannot put in words the pride I feel for Supercell and the gratitude I have towards current and former employees of the company who made possible those unbelievable milestones we have achieved."

Kodisoja also revealed some companies he is currently collaborating with, including non-profit We-Foundation, movie production company Cinematic Ltd., and an infrastructure project in the city of Turku.

"As one of the six founders, Mikko has been a key figure in building Supercell's culture and values. We greatly appreciate the contributions he has made during the past ten years," said Supercell in a statement to PocketGamer.biz.

"We feel sorry that he will not be working with us going forward, but at the same time understand Mikko's desire to follow his interests outside of mobile games. We wish him all the best in following his new dreams!"

Supercell is known for its process of rapidly killing off prototypes if they don't show enough promise to be an enormous hit. In November 2019, it cancelled Rush Wars following just four months in soft launch.

The games that do make the cut do go on to be wildly successful. For example, Brawl Stars just launched in China and brought in an estimated $17.5 million in revenue during its first week of release.