What's your favourite type of bread? 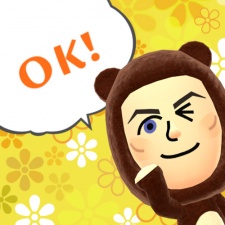 When Nintendo stated it was bringing some of the biggest names in gaming to mobile, Miitomo wasn't what people expected.

It offers an experience unlike any we're used to, which raises some important questions.

Most importantly, why did Nintendo start with Miitomo?

To answer that question, it's important to look at what exactly Miitomo is.

The first thing to clear up is Miitomo isn't a game. It's a social experience.

Utilising the already well established Mii avatars, Miitomo begins by asking you a series of questions.

Based on your answers, your Mii - significantly it's a representation of you, but one that also has its own personality - can then communicate with other people's Miis.

However, as is standard for Nintendo, you're not communicating with just anyone, but rather those who you have selected to connect with, much like social networks such as Facebook.

This experience is then expanded through aspects such as dressing up your Mii, taking photos, and enjoying mini games.

All of which requires players spending in-game coins, something that can be gained either through interactions, or via in-app purchases.

In some respects, this may seem like a risk , but Nintendo has seen strong success with games such as Tomodachi Life, and Animal Crossing that play on similar social mechanics.

And there's also one crucial point that many are forgetting when it comes to the potential success of Miitomo, and that is namely how it pairs up with Nintendo's upcoming NX console.

When delving into Miitomo, it's easy to how much of its social based interaction is in many ways an extension of Nintendo's already well established Miiverse.

It's obvious that Nintendo is using Miitomo as way of analysing the market and collecting important data.

However, whilst Miiverse focuses on group interaction, Miitomo places the importance on one to one interaction. As such, this certainly gives it a more personal feeling, but more importantly it can be seen to compliment Miiverse.

Moreover, Miitomo is also tied into the new My Nintendo service, granting you points to spend either within Miitomo, or in Nintendo's already established eShop.

All-in-all, it clear that Nintendo will be looking to further integrate Miitomo into its brand new platform in the not-too-distant future.

Therefore, Miitomo's long term success might not rely on its brand new - and still nascent - mobile games market, but whether it can convince the market there's still life left in its consoles.

In the meantime, the question is does Miitomo have what it takes to maintain player retention on a level such as Clash Royale and Game of War?

Possibly not, but that certainly shouldn't be held against it.

This is Nintendo's first mobile title after all. Not only that but it's obvious that Nintendo is using Miitomo as way of analysing the market and collecting important data.

It will certainly provide it with a well-targeted and free UA channel for pushing future mobile games.

Clearly Nintendo isn't analysing the success of Miitomo based on how much money it makes, but rather how many people are playing it, and right now there's an awful lot of people - three million downloads to-date - who have been curious enough to jump in.

Ultimately then, Miitomo may not be what anyone expected from Nintendo's mobile debut. However given that this is Nintendo, Miitomo is exactly the kind of thing we should have expected.

Moreover, we're not going to be able to understand the full picture of its success for some time to come.