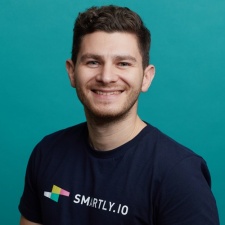 Fernando Pernica is head of gaming, EMEA at Smartly.io.

As of June 2019, Facebook enjoyed an average 1.59 billion unique daily visitors, while Instagram clocked up over 500 million daily active users. With numbers like that, it’s little surprise the social media giant is prime real estate for game developers looking to advertise their latest offerings.

Using Facebook and its other platforms to help drive people to your game isn’t something that should be undertaken lightly, though, and requires careful coordination of all the channels that make up a company’s marketing mix.

While it’s undeniably a complex task, breaking it down into three discrete stages will help make it more manageable and with some creative automation it can drive some fantastic engagement.

But before embarking, put aside most of what you’ve learned from previous experience. Things move quickly in this space. Audience preferences change. What may have worked well for a similar game six months ago may not work so well today.

Begin by concentrating on your pre-launch strategy. The importance of a soft launch shouldn’t be underestimated; you only get one shot at launching a game, so don’t rush into anything.

A soft launch market should be chosen for its similarity to the main market rather than being based purely on cost. A cheaper market won’t necessarily be as representative. It’s worth entering into more than one region, too, to see how your ad performs globally.

The importance of a soft launch shouldn’t be underestimated; you only get one shot at launching a game, so don’t rush into anything.

And dig deep into Facebook analytics. There’s more granular data in there than you think and you’ll probably uncover some particularly valuable nuggets that will help shed light on your target audience. That said, a soft launch should cover as broad an audience as possible; the aim is to assess mass marketability.

Your own analytics must be in place during the soft launch so that you can best learn from it. Attributing users with sufficient granularity will allow you to draw reliable conclusions across different parameters such as demographics, cohort maturity, device types and operating systems.

Finally, use a pre-launch campaign to collect email addresses, and use these to create buzz for the actual launch. Ultimately, only once you’ve seen satisfactory results from your proposed retention and monetisation tactics should you invest in any significant marketing activity.

Unlike the relatively limited engagement of the preceding stage, the launch itself will see advertisers go all out across a large number of acquisition channels with the aim of driving as many people to the game as possible.

Although it may be a daunting task, co-ordinating the launch across all channels is essential to maximising its impact. Not only does Facebook provide unprecedented scale at launch, it also typically results in a growth in organic traffic to the game.

Creativity matters, of course. Successful advertisers are those that apply a “create and learn” approach, moving quickly to test and roll-out relevant creative for their ads. Those advertisers been experimenting with a new approach to video production which allows them to iterate on hundreds of video variations.

Using technology available today in the market, they can easily create hundreds of videos to allow the testing of multiple aspects of the ad, such as length, call-to-action, colours, themes, formats and more. It’s possible to “mix and match” multiple shots and assets, tailoring multiple versions of the same content for different audiences across different mediums.

Once the creatives are ready to be used, a combination of rational testing strategies and algorithmic decision-making helps sieve through the best content. Having a pipeline of creative such as this for both the launch and post-launch will give you enormous flexibility and control when running your campaigns.

Finally, it’s worth remembering that timing is everything. You’ll be competing for attention in entertainment in general, not just in gaming. It’s worth considering launching in the summer, when TV shows are between seasons, and people spend less time watching them.

Successful advertisers are those that apply a 'create and learn' approach, moving quickly to test and roll-out relevant creative for their ads.

Monetisation may not be that high, however, so it might be worth considering a soft launch in the summer, to gain awareness, followed by a hard launch in the winter, for increased monetisation.

It’s vital to remember that performance gap in monetisation between Android and iOS is much smaller compared to non-gaming apps. If your soft launch metrics are similar for both platforms, you’ll benefit from consolidation as you give Facebook more data to work with.

As a rule of thumb, always start with your broad targeting to allow Facebook’s algorithm to learn as much as possible, and once the results start to come in you can drill down on your targeting and optimisation. So long as the decisions to create splits are based on data, your campaigns can benefit from them.

The post-launch stage is arguably the most important. It’s here that advertisers transition from running a limited-time campaign to a more “always-on” approach. Decisions made at this point will ultimately define the growth and viability of the title in question.

Begin retargeting, but not immediately. Factor in a “blackout period”; leaving a few days of activity since the last session means you’ll avoid wasting money on targeting a cohort of people who would probably return to your game anyway.

As best practice, you should always make sure there’s plenty of creative available. The more available for testing, the greater the chance your message will find its audience. And while new creative will always be welcome, it’s also true that if it ain’t broke, don’t fix it.

It’s the job of Facebook’s algorithm to find users that are most likely to engage with your creative. If you see that it’s working, and it’s driving conversions, you can create iterations of the same creative in the reasonable expectation that it will perform just as well with the same audience.

Most importantly, bear in mind that, as every game is unique, so too is every Facebook campaign. There’s no one size fits all approach when trying to drive players to a game.