CTRs down, CPCs up 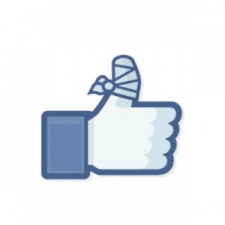 After 18 months of stunning growth, is Facebook becoming an over-saturated channel for mobile game advertisers?

That's one conclusion to be drawn from the latest report from advertising platform Nanigans, which publishes the quarterly data it aggregates from its clients like eBay and Zynga.

Looking at Q1 2015 data, it notes that while the click-through rate for gaming ads on Facebook was up 150 percent year-on-year, it was down 9 percent quarter-on-quarter.

Start of a decline?

You might think this could be due to comparison between a busy holiday Q4 2014 quarter and a quiet start to 2015.

However, gaming CTRs on Facebook have been in decline for six months.

That could be a sign that users have become bored with seeing game ads in their feed; after all at some stage all advertising becomes background noise and then advertisers switch to newer channels.

In this context, what's interesting to note is that the CTR for ecommerce apps on Facebook continues to rise; up 281 percent year-on-year and 12 percent quarter-on-quarter, so this decline is more of a 'games thing' than a 'Facebook thing'.

A note of caution though: Nanigans comments that within the games sector, the click-through rates for dedicated install ads was up 3 percent quarter-on-quarter, with the sector's overall decline caused by "decay in other ads units".

Combining the three metrics, one conclusion would be that Facebook is becoming a more expensive and less effective place to advertise mobile games.

Good news for Twitter maybe, but we'll have to wait for another three months to see if these trends continue.