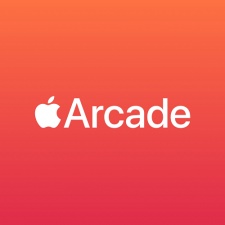 When Apple Arcade first launched, it was a revelation. 50 games, all available right there and then, all part of one relatively low subscription price. It was a no-brainer of a deal.

And the games themselves were quite impressive. That's mostly down to the pedigree of the studios involved - ustwo, Capybara Games, Snowman, Sega, Ubisoft, Cornfox & Bros, Simogo… the list goes on, and on, and on.

Negotiating all those deals in (relative) secrecy is one hell of a feat, and while it's fair to say that Apple probably didn't need to fight very hard for mobile exclusivity on these games - it's Apple, for heaven's sake - you can't deny that it was impressive.

But even with so many games on offer, they can't hold everyone's attention forever. Players are bound to have sampled most of the launch titles already, and have either played their favourites to death or bounced off them fairly quickly.

And developers aren't trying to retain players with regular updates. We still don't have a clear picture on how developers make money through Apple Arcade, but they're clearly not rushing to get updates out the door like you'd see in the free-to-play market.

People are still playing it because it's a good game, but anyone who's finished it will have no new levels or gameplay mechanics to go back to.

Instead, it's up to Apple to keep new games coming to the service. And it has been - just not as much as you might have hoped.

Following the initial burst of releases, the number of new launches has slowly decreased. Since November 15th 2019, Apple has added one new game to the service each week, or simply doesn't release anything. That's a sharp drop in content just two months after the launch of a platform.

And while these games are surely worthy of being part of this exclusive, premium club of Arcade games, they lack the weight that made the initial reveal so powerful.

Games like Loud House: Outta Control, Charrua Soccer, and Butter Royale aren't exactly setting tongues wagging about the service. They're good - heck, we ranked two of those three as our games of the week - but there's been no hype behind their releases, and they don't have huge developers or licenses backing them.

There have been exceptions - Lego Builder's Journey is a gorgeous puzzler which clearly takes some inspiration from ustwo's Monument Valley with its toybox-esque levels, albeit with a mechanical twist that perfectly suits the subject matter.

And then Hipster Whale made a recent appearance with Crossy Castle, a multiplayer platformer spin-off of its breakout casual game. But no matter how good and wildly popular Crossy Road was, it's not as if the Crossy brand holds much weight - how many people out there truly love "iconic" characters like "a chicken" and "a horse"?

All aboard the hype train

Simply put, if Apple wants to get people excited for the Arcade again, it needs to put some more effort into its promotion.

It's only a surprise drop when it's something people care about, or Beyoncé is doing it

Console subscription services such as PS Now and Xbox Games Pass are a good starting point. Both make a big deal out of any games added to the service, with the Games Pass announcing new titles weeks in advance with flashy graphics and wide PR pushes.

They've also established a simple cadence. PS Now adds new games on a monthly basis, while Games Pass generally announces a month's worth of content ahead of time, so players always know when to expect something to drop.

It's not as though Apple Arcade couldn't do the same. Its games are designed as premium experiences, so they don't need months of testing and soft launch in different markets to ensure the monetisation is there - it just needs to be playable on release.

And Apple will have been negotiating with developers on these games well in advance of their release dates. The firm probably has its own internal calendar of release dates that it's hesitant to show the world, for whatever reason - there's no way it is as surprised by the game launches as its players are.

The current system of surprise-launching each game at the end of the week prevents Apple Arcade from generating any kind of buzz. It's only a surprise drop when it's something people care about, or Beyoncé is doing it. Otherwise it's just an unpublicised release.

Instead, a monthly announcement about the games to expect on Apple Arcade over the next four weeks would surely increase the hype for each title, even if it's from an unknown indie experimenting with a new IP.

And developing this regular transmission of upcoming games means fans will start eagerly awaiting the next announcement, trawling the internet for clues and speculating wildly on Twitter about what could be coming soon.

Not that Apple needs to boost the presence of the Arcade, of course - it's surely making more money from its cut of free-to-play profits than it will ever see from its subscription model.

But for players out there desperate for more premium experiences on smartphones, seeing Apple take its own subscription service seriously would surely boost goodwill, and excited players talking up the next wave of releases is the best kind of word-of-mouth a company can get.