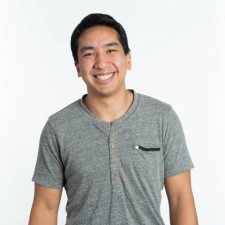 Nick Le is the president of Lion Studios.

Hyper-casual has experienced incredible growth in the last few years, which has led to increased competition and an explosion of new games.

Developers originally flocked to minimalistic hyper-casual games because they were quick to prototype, verify, and scale. As the charts began filling with hyper-casual games, innovation became a necessity and more diverse gameplay experiences led to a wide array of new hyper-casual sub-genres.

Lion Studios has been part of the evolution of hyper-casual and pioneered a number of new hyper-casual sub-genres with notable titles such as I Peel Good, Chores!, and Save the Girl.

So how did this simple type of game evolve over the years? What impact does it have for studios? How sustainable is it to create hyper-casual games in today’s market?

The business of hyper-casual games

Hyper-casual today is indeed more of a business model rather than a genre. The "snackable", simple, and broad audience games that kicked off the hyper-casual revolution a few years ago are still successful but they share space with a host of hyper-casual sub-genres such as experience-based, narrative, multi-task, puzzle, brain & trivia and more. Regardless of sub-genre, creativity, quality, and speed are still important.

Here are just a few recent developments in hyper-casual:

● Multi-task games: These games don't have just one mechanic. Instead, gameplay can change level-to-level with different tasks. They often feature a simple meta that ties all the tasks together. Lion Studios published one of the first games in this genre, a multi-task game called Chores!.

● Narrative games: While the casual narrative genre is not new, hyper-casual narrative has emerged as a new way to tell stories. These games are filled with choices, consequences, and a host of characters and personalities. Lion Studios released Save the Girl! earlier this year along with several follow-up narrative games.

New opportunities in a saturated market

As the market matures, we'll continue to see innovation.

And sometimes it's originality or novelty that makes the difference. Being the first to market with a new gameplay experience can certainly catch a user's attention.

Innovation and creativity are kings

We've made it a point to take risks and our diverse portfolio of games allows us to recognize value in many kinds of prototypes.

A large part of what we do at Lion Studios revolves around ideation. We follow the market but also don't allow it to fully dictate the directions we take. Innovative game ideas are what excites us the most.

Move fast and stay on top of game metrics

For game studios interested in making hyper-casual games, think about how you can build a great team. The best studios we've seen are well organized and give their product owners plenty of autonomy while still being receptive to feedback.

Although new sub-genres have emerged in hyper-casual, the process is still centered around rapid development. It takes discipline to move on from a prototype with deteriorating metrics. Balance this with the drive to see new ways of looking at the hyper-casual market and you'll be on your way to the next chart-topping hit.