App Marketers Unplugged: 5 takeaways about the state of mobile games 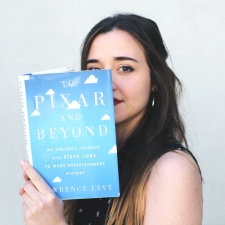 During the session, the pair discusses the state of play in the mobile gaming space and their observations of success. Here are the main takeaways from the session.

Many people still have a narrow vision of what the gaming community looks like, mostly associating gamers with young and male audiences who play titles like Fortnite or Call of Duty. The truth is smartphones have helped democratise gaming in a way that is accessible to everyone - which means the gaming community is now much more diverse.

“Our typical gamer persona is 35-45 housewives. The number #1 game is a game called Property Brothers which is based on the US TV show about decorating your house. It’s a mainstream game for decorating," - Alexis Bonte.

Today, there are many users playing titles similar to Property Brothers, and few consider themselves ‘gamers’, but they are diving into these games and making in-app purchases.

2. In-app marketing is necessary for a game to succeed

Some years ago, games could get featured by Apple or Google, which would give mobile games more visibility in the app stores - but this is no longer the case. The number of studios and developers has multiplied, together with the number of titles available. This highly competitive environment has made it harder for a game to stand out. That’s where marketing comes into play.

“All games are great by definition if you start making it, but if somebody is able to have a game that is as good as yours, and simply outspends you, or is faster, or more efficient at marketing, then they’re gonna beat you, even if your game is just a little bit better,” - Alexis Bonte.

3. Every gaming company has some hits and misses

As much as we like instant hits, building a successful game is a process. Some gaming companies like Rovio, the creators of Angry Birds, had a series of hits and misses before getting their overnight success. It takes time and testing to find the magic formula that works for your specific audience.

Before building a series of hit games, they tried developing new titles across a variety of genres - some of them meeting KPIs, and some being labeled as failures. Once they found 4X strategy games was what worked for them, they focused on scaling their success by creating different flavours of the same game, going from a Medieval theme to a version based on the American Civil War.

4. Everyone is speculating about iOS 14, especially hyper-casual games

Even if the new privacy changes for iOS 14 have been delayed, there’s still a lot of speculation on how this will affect the mobile gaming industry.

Game studios focusing on free-to-play, ad-funded games, in particular, are likely to find bumps along the way. Advertisers buy this type of traffic to reach hyper-targeted users, but these targeted capabilities will be limited once the new IDFA system goes live. As a result, many studios are gradually shifting from hyper-casual to casual and mid-core games.

5. For mobile gaming, this is just the beginning

Mobile games have been evolving really fast, gradually adapting pre-existing gaming genres into mobile-optimised versions. We’ve come a long way from Tetris and even Angry Birds, moving into all sorts of titles such as adventure, strategy, sports, and trivia games. But this is just the tip of the iceberg.

We will continue to see mobile drive innovation in Gaming, and advertising trends follow suit. In the near future, we should be expecting:

If you enjoyed this recap, watch the full App Marketers Unplugged session to learn about how Alexis first became part of the Gaming industry, why he pivoted to mobile, and what he’s learned along the way.