What to expect from PG Connects London 2015 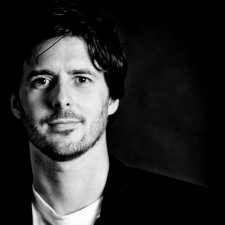 Tickets are now available, and the good news is they are currently 33 percent cheaper than they will be after 15 November.

Joff Hamilton-Dick is a games entrepreneur and business developer who heads up the games vertical at Jampp, a user acquisition platform for iOS and Android.

Previously he worked in the traditional card game space alongside companies like Upper Deck, Wizards of the Coast and Top Trumps, before merging his interests with technology in 2009 to help start up a Facebook in-app advertising platform specifically for game developers.

Joff Hamilton-Dick: As a child of the 1980s, blockbuster US movies like ET and The Goonies made the longest-lasting impression on me, yet all my favourite games came from the UK.

The pool of creative talent here has always been immense so right up through the ages, from the ZX Spectrum to the PlayStation, it's UK games that made me miss my school-work deadlines or had me stuck in my bachelor pad all weekend.

Classics like Bugaboo, Manic Miner, Elite, Speedball 2, GoldenEye and GTA III are all British made, and I could still lose an entire afternoon to any of them.

There's no one-shot answer [for UA] which strategy you adopt depends on your type of game, budget, and how much mobile marketing know-how you already have.

Unfortunately, it's natural selection at work. Games that are proven to monetise well, or successful developers with huge pocketbooks and a spate of new releases, are bidding up the price of ad inventory, making it harder for games that haven't yet proven to monetise. So it's harder to get a foothold.

There's no one-shot answer: which strategy you adopt depends on your type of game, budget, and how much mobile marketing know-how you already have.

If you don't feel confident in your approach, seek advice from either a buddy games developer who has been there, done that, or from a professional app marketing company with a lot more experience than you.

Keep coming up with those whacky, original ideas! The big guys will never think of them.

The new wave of watches will work as communication devices, not as games platforms. It's not hard to notice the trend in phone screen sizes has been for them to increase, not make them smaller. Mobile offers a richer experience and better control surface than a watch ever will. Headsets and VR is another story.

We already ignore each other on buses and trains, staring down into our phones: It's not a quantum leap to imagine we will soon be staring into screens projected onto our eyes or headsets - it's really not that different.

I'm intrigued to see what companies like Magic Leap and Oculus Rift will deliver. Once we move passed the early 'gimmick stage' in time the VR experience will be amazingly rich, colourful and immersive, and will start to blur the line between reality.

I can see people ditching their mobile game experience for a VR experience that takes them away from the look and feel of that cramped rush hour train they are sitting on.

My favourite part of a show like this is meeting game developers who have something really unique or original, and hearing their stories about how they conceived something so elegant, or cool, or impactful.

To anyone who has a creative streak in them, it's very inspiring.

People are finally going to get bored of match-3 titles! ...aren't they??!?