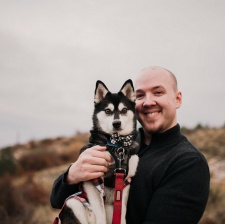 Rimmy Spanjer is the managing director of games at Hyper Hippo Entertainment.

It’s a strange and sad truth that we have never even heard of the best game ever made. As much as every game designer would like their game to speak for itself - it’s meaningless if you can’t attract the right players, and you’ll never get them without a strong theme.

Think of the theme as the advertising for your game. It tells a story about what your game will be like and begins to define the type of people who will enjoy it. The moment you choose a theme, you’re inevitably excluding people, and every choice after that will only limit your audience further.

As a game developer, it’s a natural instinct to build games you want to play, essentially for a demographic of one. If you follow that path, the success of your project boils down to how many people share your exact tastes. Sometimes this works - sometimes this even works to an enormous degree, but it’s always a dangerous gamble. But before you consider compromising your vision, or the systems you’re so proud of, consider examining your choice of theme.

Theme is likely the first thing that will draw the attention of your audience, and you have to consider whether it will resonate or push them away. It’s also one of the best ways to get the right people, the players who will most enjoy your game. This comes down to carefully examining the core elements of your product, in an effort to better understand the types of players who enjoy your game.

Everything a person sees before they play your game sets up their expectations. Your marketing efforts build up a version of what your game is like in the player’s mind before they even download it. To attract a dedicated fan base for your game, you need to tell a clear story across all channels. The more the game aligns with their expectations, the more successful it will be. You don’t want your players to feel like you tricked them or that you wasted the potential of the player promise.

Why it was time to broaden the AdVenture Communist audience

When our idle game AdVenture Communist began climbing the charts, it was an incredibly exciting time. Having learned from AdVenture Capitalist, we made some major changes to the mechanics, and we couldn’t be prouder of how it turned out. We got some great reviews, saw an ever-increasing flood of players that resonated with the theme, and hit some fantastic milestones.

We had a number of gains - new gameplay, new content - but we were confronted with a simple reality. While it was on brand, and the theme was a funny counterpoint to AdVenture Capitalist, we were ultimately trying to sell a parody game that looked controversial. Putting it simply, not everyone got the joke. It was a lot to ask for an ad campaign; nothing was more powerful at conveying the parody than the name itself.

We started to ask ourselves how many people who might have loved our game would simply be reluctant to install something labeled “Communist”. As we talked to our players, it became more and more of a burning question. Two years passed, and when we started to discuss our upcoming game opportunities, we couldn’t escape this question. It sounds morose, but we weren’t willing to go to our graves without giving this game - the systems and experience we’re so proud of - the fighting chance we felt it deserved.

That was how AdVenture Ages was born. We’re so proud and grateful to have a dedicated player base still enjoying AdVenture Communist, which we’re still fully supporting, but being able to offer up a similar experience to the millions of players that might never have given it a chance was an opportunity we couldn’t miss.

Theme isn’t just about who your game will attract, but who it’s going to repel. You’re walking the thin line of attracting the highest number of players and repelling the smallest number. It’s easy to get trapped in either perspective alone: how can I attract everyone, or how can I repel no one. Unfortunately, either direction tends to lead to extremely generic themes.

Very few themes have true universal appeal; while a hyper-generic theme like “food” might not be something that would prevent a person from ever playing your game, it may also not be eye-catching enough to encourage a player to install your game. It also leads to the question of competition.

Just like with selecting your genre or game systems, choosing a theme is also defining your core competition. An advantage of a more niche theme is that there may be fewer competitors in the space. Generic themes tend to have an enormous presence already on the market, which could greatly reduce the chances of your product finding success.

It’s also worth considering that some themes can be seasonal, and their popularity comes and goes (often due to other mediums like movies or television). At one point, zombies were fairly niche, but shows like The Walking Dead brought zombies into the mainstream for years. Just be careful when “chasing trend”, as you won’t be the only one trying it, and if you move too slowly, you may miss the window of opportunity.

How can a theme guide your gameplay?

Like storytelling, there are expectations that an audience will have because of a theme. A detective story will have a reveal scene, a heist will have a plan to execute, and a rom-com will likely have a kiss. Some themes lend themselves to mechanics very easily, but always try to put yourself in the shoes of your players. When they hear your theme, what will they think of?

When choosing a theme after your systems, you have to ask yourself how much you’re willing to compromise. If there isn’t much room for flexibility in your game, then your theme may need to be more generic. Using an above example, if you choose to pursue zombies, players will likely expect to kill them, run from them, or both. If your systems don’t support this, you may be on the wrong path.

Ultimately a great theme choice can enhance your systems, but you need to find the right fit for your game.

Getting inspired: how to find your next game’s theme

It’s really challenging to choose the right theme. It’s probably the riskiest decision you’ll make when developing your game, and it sometimes has the least amount of consideration put into it. But there are a couple of key methods of identifying potential themes you can employ.

The first is to look at the market itself. Use industry tools and the app stores themselves to identify similar products in the space you’re trying to get into. Type in keywords that players might use to find your product or even just products of the same genre or using the same systems as yours, and examine the results. Remember that this is what the players themselves will be seeing and what they’ll be comparing your product to. From here you can hopefully find a ‘hole’ in the market. Something that follows the rules we examined above, but is also under-represented in the market.

The other option is ‘trend-chasing’ as previously mentioned. This involves trying to predict a theme that either is currently popular or maybe popular when your game is released. You can try tools like Google Trends, but it’s hard to get ahead of the curve. You might find more success by paying attention to other product releases you are aware of, like upcoming movies or highly anticipated games. It can be possible (though risky) to piggyback on the hype and excitement already being generated.

The most important thing to do is remember that you’re building a game for your players, and the market is ultimately going to be what decides how successful your game will be. There will always be exceptions, there will be games that defy expectations or are successful in spite of themselves, but every choice we make comes with risk, and you need to decide which risks you’re comfortable with.

Putting out a game will always be something of a wild gamble; no one can ever perfectly predict how a game will do once it’s in the hands of the players. It’s the most exciting and terrifying moment in a developer’s life when a game finally launches; it’s part of what makes us love this job and also go grey early. But it’s already risky enough just based on the quality of the game and the choices you’ve made along the way, so hopefully, a better understanding of themes can help your game speak for itself.

If you have made the greatest game the world has ever seen, don’t let your theme be the reason we’ve never played it!