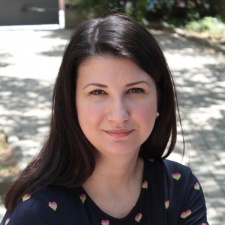 Dr. Matina Thomaidou is director of customer success at Wappier, the intelligent revenue management platform for apps and brands.

Hypercasual games have all the players in the world — but a fraction of the IAP revenue of similar titles.

While the category generated almost half of all mobile game downloads in 2019, it only earned 1% of the IAP earnings pulled in by casual games.

Why? Common wisdom says hypercasual players aren’t invested enough in the easy-breezy experience these games offer to spend actual money on them, so publishers have to depend on ad revenue for their bottom line, but that may not be sustainable in the long term.

Apple’s privacy policies disrupted the precision of user-level ad targeting, which has consequently cast some doubt over the viability of in-app advertising as a standalone source of revenue.

Whether this will prove true remains to be seen, but one surefire way to mitigate risk is by diversifying monetization strategies to include in-app purchases.

Hypercasual or otherwise, if you’re looking for IAP monetisation strategy inspiration, you could do worse than study Supercell’s Clash of Clans, whose gameplay is masterfully architected to encourage IAP.

Ensuring players get the full experience, the game begins by filling their purses with in-game currency.

Then, when the player is in the midst of the honeymoon stage, they come to a fork in the road where they’re given the opportunity to invest in a dividend-paying asset that will accelerate engagement, or continue at a relative disadvantage.

It’s an incentive known colloquially as the 'third builder' and it threads the needle of providing immense long-term value for players and driving revenue.

Find that golden stretch in your gameplay, and you’ve also found the road to IAP revenue.

What’s the moral of the story? Find the “third builder” in your hypercasual game, a moment early on in the experience when players’ enthusiasm is peaking — and consequently so is their willingness to invest in a long-term relationship with your game.

Hypercasual players tend to churn more rapidly than others, so you will likely need to accelerate the timing of the offer, but the core of the strategy still holds.

Find that golden stretch in your gameplay, and you’ve also found the road to IAP revenue.

Think outside the hypercasual box

As Marvel continues to build out its narrative web, Facebook invests in the metaverse, and Roblox rakes in cash, mobile game publishers should consider the myriad ways connected universes can drive revenue — especially IAP earnings.

Whether through direct integration or a cross-game loyalty program, hypercasual games connected to other titles within publishers’ portfolios are far more likely to encourage players to participate in in-game economies.

Blizzard arguably pioneered this approach, selling packs that unlock rewards across several games. They allow players to, for instance, purchase a skin for their World of Warcraft character and receive an item they can use in Heroes of the Storm.

With hypercasual games, publishers could boost IAP appetite by allowing players to buy exclusive items for other games, use currency earned in other titles, and more. Whatever the mechanism, the principle is the same: IAPs make more sense when players are investing in a connected world instead of just an isolated experience.

Amazon taught the business world many lessons, but one of the most important was the power of relevance and visibility to drive consumer behavior.

While traditional retailers relied on blanket advertising to inspire consumers to scour their shelves, the online shop took a different approach. Amazon brought personalized product recommendations to its customers — right when they are most likely to take action.

If hypercasual publishers are going to pull off IAP driven-monetization, they cannot afford to bury their wares in the IAP store.

Instead, they need to get serious about their IAP promotional strategies. This means deploying dynamic offers that meet players where and when they’re most likely to buy.

If you think like Amazon, you will take your IAP game to a whole new level.

Is their stash getting a bit low? Throw them in-game currency at a discount rate. Do they tend to buy the same few items separately? Show them a value pack of all their favorite goodies at wholesale prices. Are they from outside the US? Consider pricing the packages to match the local economy.

In other words, if you think like Amazon, you will take your IAP game to a whole new level.

The last few years have been turbulent, but that instability has come with a lesson: Fortune favors the agile.

Hypercasual publishers can no longer afford to keep all their eggs in the ad monetisation basket.

Even if you’ve weathered this storm, the next big tech policy shift might prove harder to navigate. So consider optimizing for anything by adopting a new, diversified approach.

The truth is, many innovative publishers already are. They are called “hybridcasual,” and it may just be the future of the genre.

Dr. Matina Thomaidou, is the director of customer success at wappier and Insights Thought Leader, heading an team on enabling the success of mobile games and apps clients through the power of AI.