Intellectual Property in mobile games: a recipe for success

Yodo1 highlights the power of intellectual property collaborations in the mobile gaming world. 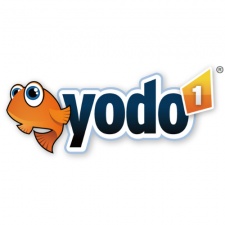 Over the last two years, Yodo1 has become a key player in the world of mobile gaming intellectual property (IP) collaborations. When implemented successfully by an experienced team, IP injections can be a huge part of a successful game marketing strategy.

Yodo1 has forged partnerships with top IP holder Hasbro, brokering a series of successful collaborations to bring their brands into top game franchises.

Collaborations to date include Top War, which incorporated Hasbro’s Transformers characters into the gameplay. Popular sandbox game MiniWorld also teamed up with Transformers, and later My Little Pony, for similar brand injections. As Hasbro’s trusted partner in China and across the globe, Yodo1 is looking forward to bringing characters from this much-loved brand to more fans.

The power of IP collaborations can be seen in each of these events, which have proved incredibly beneficial to both partners by generating millions of dollars in revenue, engaging existing fans, and attracting new ones.

During the two week collaboration between Hasbro and Top War, the popular game surpassed its daily revenue record on the first day of the event launch

During the two week collaboration between Hasbro and Top War, the popular game surpassed its daily revenue record on the first day of the event launch, as the game’s rank in the App Store rose from 55 to 29 in China, 25 to 16 in the USA, and 73 to 45 in Japan.

MiniWorld’s first Hasbro tie-up, again with Transformers, was so successful – with over half a million units sold – that they soon arranged another collaboration with the My Little Pony IP to engage with another segment of their fanbase.

This is possible because Yodo1’s Brands In Games (BIG) team has its finger on the pulse of the gaming world. With experience in pairing games with IP holders that share demographics and incorporating IPs’ visual elements into games, they are involved every step of the way, from concept to execution, resulting in fast turn-around times and solid return on investment (ROI).

Working with an experienced team like Yodo1’s BIG can help to speed up the business negotiation side of a collaboration to just a few months or weeks, enabling the injection launch – and subsequent revenue – to happen that much sooner.

The BIG team is constantly on the lookout for new collaborations that will bring value to both the IP holder and game developer. The story recent collaborations tell is that Yodo1 has the experience and track record to discover and execute profitable partnerships between brands and mobile games.

If you are looking for a partner with a proven track record of successful collaborations between brands and mobile games, enquire now.