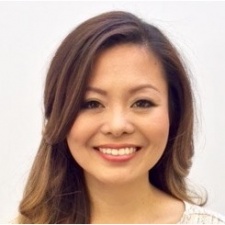 Mobile app development has become increasingly easy to break into, there still remains a notable discrepancy between the revenue earned by larger developers and that of indie developers.

In this guest article, Digital Turbine vice president and general manager of marketplace and mediation Linda Ouyang discusses how independent developers can overcome these challenges.

When Apple came out with its Small Business program last year, cutting commission on App Store purchases in half for mobile app developers making less than $1 million a year, a statistic surfaced that reminded everyone how economically imbalanced the App Store had become.

While that was a nice show of support for the indie developers that the App Store was originally built for (to allow any developer, big or small, to deliver their app to customers) the statistic told a different story: The rich have gotten richer, and only the financially strong will thrive. It’s not that building apps has become more expensive per se. It’s that marketing your app and finding your target users has.

For independent developers launching a new app can be daunting, and with recent changes this has only gotten more challenging.

To get an app to the top of the charts and hit a critical mass of downloads today, you need resources – and lots of them. For independent developers launching a new app can be daunting, and with recent changes this has only gotten more challenging. It used to be that you could go to Facebook first, run some test ads for a couple hundred dollars, and easily begin to see what the market interest was for your game.

More importantly, you’d see who that audience was: Who clicked, who engaged, and who made a purchase. You were essentially leveraging the algorithms of the big players/platforms to find the audience for that product. And no matter how much you spent, you’d get data back – and that data would prove to be invaluable for when you launched a larger campaign. In a sense, Facebook democratized advertising in meaningful ways to help small businesses identify potential users and customers.

Getting caught in the tightening noose

Now, however, with Apple’s publicly very popular and well-known privacy requirements, and Google’s new sandbox on the way that’s become further out of reach. Now you have to spend thousands of dollars a day to get to a threshold to implement SKAdNetwork (SKAN) and even begin to receive anonymized data about your audience. Instead of being able to test effectively and immediately, you have to pay more to understand if/how your game will be successful. It’s essentially starving the “I don’t know” bucket of the market. The moment UA platforms can’t target and find users efficiently for developers, it becomes harder for them to succeed and scale their early product development.

For the big players, it’s a win-win. Apple’s walls are getting higher

It’s not just for games, by the way. This is also true for other app-based businesses, like e-commerce, and has made it much harder for small businesses to come out with a new game, or even product.

Granted, for big game developers, costs have increased, too – but they are more empowered with high volumes of in-house data to model off of and find look-alikes. This is true for large developers that are still “independent” and haven’t yet been absorbed (by another developer, or even an adtech company!), and vice versa. But it’s also true for the larger conglomerates that are now forming. M&A activity in gaming is at an all-time high, reaching 299 deals and $38 billion in 2021. From Microsoft/Xandr/Activision to AppLovin/MoPub and Zynga/Chartboost, it’s clear that there is value to be had in the merging of gaming and monetization platforms into one big first-party data pool.

Without the third-party data they’re used to, first-party data becomes much more important, and even business critical. Without the IDFA, these companies get a competitive advantage from proprietary ad serving infrastructure that guides portfolio strategy, yield management, and user engagement optimization. And, building a full-stack solution through UA, monetization, mediation, and attribution serves to target and retain more valuable users, driving down operating costs.

For the big players, it’s a win-win. Apple’s walls are getting higher – but it’s driving these larger companies to verticalize and build their own walled gardens. When these bigger players have increased access to enormous amounts of data, resources and visibility into new game creation, they have more control over the content, revenue gains, etc. This enables bigger players to grab even more share-of-wallet.

Make no mistake, though, the deprecation of the IDFA and GAID is a necessary step in moving user privacy forward, and has already driven more innovation in the space, but that doesn’t make it a sudden change that mobile game developers, mobile marketers, and the entire industry must contend with.

To get an app to the top of the charts and hit a critical mass of downloads today, you need resources – and lots of them

So where does that leave the independent developers? They have less access to data, and less capital with which to experiment and find their target users. For this reason, it’s tempting to work with one of the larger networks and possibly improve your revenues with all of their technology and in-house data.

But there are some fair-play concerns, and it’s not always advantageous for the publisher to partner with them – there are many cautionary tales of large studios leveraging their clients’ game IP and campaign performance to create and optimize their own games.

I believe independent developers should still be able to choose independence – that is, through an independent network, independent mediator, and even independent measurement for their campaigns. Companies that know who they’re really serving (all clients, not just their own entities) and can do so without a conflict of interest, and teams that can operate from a place of authenticity and truth – these are the partners who can help you launch the right game to the right users and maximize return on the investment that you made, no matter how limitless or limited your budgets may be.