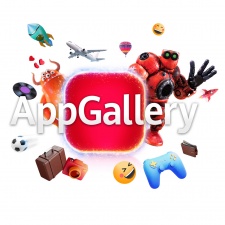 The multiple benefits of bringing mobile games to alternative app stores was the key topic addressed by Huawei, the world’s leading technology company, at the recent Pocket Gamer Connects event in Helsinki.

During a presentation from Dr. Jaime Gonzalo, VP Consumer Mobile Services Europe at Huawei, delegates from the global gaming industry were given insight into how they could achieve an improved return on their considerable investment in new and existing games, come out on top in the ongoing user acquisition war, and lower the cost of retaining their hard-won customers.

“Games developers are finding it increasingly difficult to reach new audiences. The major challenge is that customer acquisition cost has increased significantly over the years due to market saturation and inflated pricing. That’s why alternative app platforms such as AppGallery are emerging and playing their part to provide developers with improved revenue-generating opportunities,” said Jaime Gonzalo“.

Currently, 99.9 per cent of apps downloaded via the leading app distribution platforms are losing users monthly, pushing the costs of retention higher and higher. In his presentation, Gonzalo pointed out that AppGallery currently has 580 million global monthly active users, 45 million of which are in Europe. Outside China, AppGallery has increased in-app revenue by three times year-on-year, casual game growth has increased by 20 times over the same period, and monthly ads revenue for developers has doubled.

We have a high spending audience. In countries like Germany the average revenue per paying user (ARPPU) is $200, in the UK the average is $159 while in Poland it is $100

“We have a high spending audience,” Gonzalo told the Pocket Gamer audience. “In countries like Germany the average revenue per paying user (ARPPU) is $200, in the UK the average is $159 while in Poland it is $100, and this is coupled with very low developer effort. Existing Android games can be ready to onboard to AppGallery in just a few minutes. We also support every game with solutions, promotions, and developer kits, which accelerate distribution and boost revenue numbers.”

The rallying cry for alternative app platforms was positively received, with developers recognising that they were facing increasing challenges to retain customers and stand out in a crowded marketplace.

On AppGallery, gaming has become the fastest growing and one of the most successful categories reaching millions of monthly active users with new and existing gaming apps. The app platform now lists games from some of the world’s leading games companies including play favourites PUBG Mobile, Mobile Legends, Garena Free Fire, State of Survival, Lords Mobile, to name just a few.

How to launch a successful mobile gaming app