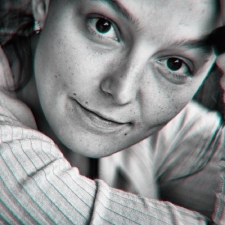 It’s easier than ever before to develop games, and mobile gaming has a large part to play in that. Developers can conceive, code, and release their own games, but finding an audience is a different matter. Game makers hoping to scale often rely on outside funding, often, as Sanlo co-founder and CEO Olya Caliujnaia argues, at the detriment of the final product, as publishers or venture capitalists demand more creative control, or a larger percentage of the revenue.

In this guest post, Caliujnaia breaks down the pitfalls of several different financial resources, and what steps developers can take to scale while maintaining control of the final product.

Creating mobile games is an exhilarating, challenging, and hugely rewarding experience, and with app downloads expected to soar to 200 billion by 2025, there’s never been a better time.

But the ideation process for developers, as they strive to come up with the next Candy Crush or Angry Birds, is difficult and intricate, often taking months of iteration and returning to the drawing board. The brutal reality is that even after an idea is fully formed, and a developer has all the confidence in the world that their game is going to be a hit, their own creative genius will only take them so far.

Expenditures on development, hiring, user acquisition, growth and marketing can add up and become costly very quickly. It doesn’t take too long for developers to realise that without cold hard cash, their game is never going to get off the ground and be played by anyone other than colleagues, friends and family.

Developers’ talents lie in creating gaming experiences, and many lack deep knowledge of the often complicated financing ecosystem and awareness of the options available to them. This can result in regretted decisions further down the line and overreliance on subjectivities - whereby prospective investors choose to finance based on speculative opportunities, personalities, and whims rather than objective growth metrics like app, player, and financial data - that can leave them vulnerable to being taken advantage of.

The often-poisonous lifeblood of subjectivity and funding methods that repeatedly sustain ill-fated projects must be drained from the industry. To launch and scale games they are truly proud of, while also maximising their own financial gain and making the time and energy expenditure as worthwhile as possible, developers must maintain financial, creative, and strategic control of their gaming businesses.

The Traditional Forms of Investment for Developers

Most common financing options aren’t suitable for developers. They each come with their own unique and distinct downsides that ultimately strip significant independence and control away.

Take VC funding, for example. We are in a period of market uncertainty and while some optimism is starting to appear, with VC firms’ cash reserves expected to be invested in startups in the coming months, developers should think twice before going down this route. Having a VC firm back you might seem like an enticing prospect - and there are some excellent ones out there that offer capital, insights and access to their networks - but VC investment will always come at the expense of lost equity and diluted ownership. As you raise more rounds, your ownership in your gaming company will decrease exponentially.

Another common source of financing many developers turn to are publishers because of their industry expertise and experience. But publishers habitually expect to be involved in creative and business decision-making, and require revenue sharing which further shrinks the developer’s own cut of the profits after the app stores have taken theirs. Many games have been butchered or disfigured at the gates of publishers, replaced by a vision different from the original design.

And then there is the traditional bank loan, possibly the worst option of the three, and usually the last resort for developers. It probably won’t surprise you to hear that banks don’t provide specifically designed financial products for game developers, instead offering cookie-cutter products that aren’t fit for purpose. While they won’t take equity or creative ownership in your business, they typically offer secured lending products, which may require personal guarantees and may have additional fees and charges. Lending products are typically such that a company must repay a certain fixed amount in a certain period of time no matter what’s happening to the business. As gaming may be volatile, this may have a serious implication on managing cash flows and therefore, the ability to weather through the tough times and effectively scale your game.

While each of the traditional forms of financing has different downsides, they have one thing in common - they limit the control a developer has over their own business, and ultimately, their own future. For a comparative breakdown of the merits and drawbacks of each method, see the table below:

Increased independence and control sounds like something that’s important to have, but what does it actually mean in practice?

Financial independence is crucial because the more financial equity a developer has, or the less they have given away, the bigger the payout is if their game or company successfully exits as part of an acquisition or public offering.

Financially-astute developers will have an exit strategy in place, or they’ll have at least taken some time to think about what their long-term goals are. The majority of developers aren’t just in it for the money, but a successful exit can result in a career and life-changing payout, enabling them to start a new project, or even retire. But if over time piece by piece of the pie has been given away, the payout is going to be drastically reduced and the original project increasingly decrepit and changed from the initial inspiration and idea.

Often developers who start a gaming business do so out of their love of making games, and the genuine desire to create new experiences that are impactful for masses of people around the world is an important trait of the gaming industry.

Therefore, the freedom to create new worlds, characters, economies and player experiences the way they personally envision is crucial. After all, this is their creation, and reduced control can come at the expense of their own product roadmap or creative vision - from feature release to publishing schedules - which can negatively impact the success of a game, while also being an intensely frustrating experience.

By maintaining strategic independence developers can make the big decisions that will define the future of their company, from hiring, expansion, scaling, fundraising, and exiting. These are serious decisions and while developers should always seek advice from those they trust, they should hold decision-making power rather than losing the influence that is required in order to push the company in the direction they want it to go.

As Thomas Edison once said, “There's a way to do it better—find it.” For developers, what is this better way? Non-dilutive capital might not be the most recognised form of financing just yet, but it’s developer-friendly, tailored, and transparent. It also, as you may have guessed by the name, enables developers to receive the critical financing needed to grow their game without losing financial, creative, or strategic control in the process.

Developers work hard to create games that people love, so it’s only fair that they are able to have their say and reap the rewards of their talent.

Which comes first, monetisation or gameplay? Why not have both?