Which comes first, monetisation or gameplay? Why not have both?

Bidstack's Antoine Jullemier, VP Of Gaming, explains how in-game advertising could be the best choice for developers and players alike. 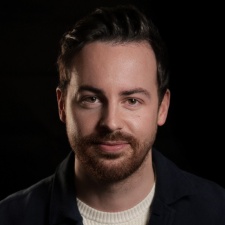 Mobile gaming is projected to generate 60 percent of the gaming industry’s total revenue this year, and a part of that is the diverse range of monetisation options, appealing both to gamers who want free content in exchange for viewing ads, or would prefer to outright purchase a title to avoid this.

But regardless of its importance, monetisation still remains a thorny issue for developers and consumers alike. Yes, a developer needs a profit to scale, but how should they approach this without impacting gameplay?

In this guest post, Bidstack’s VP of Gaming Antoine Jullemier discusses the world of in-game advertising, and how it can be improved.

This summer, Unity's John Riccitiello sparked a huge debate in the games industry with, ahem, strongly worded criticism of developers that don't look to monetisation early in the product cycle.

Riccitiello later apologised on Twitter, but the replies made it clear there was a strong pushback from the development community. There were more hostile rebuttals, but Mad Fellows Games summed up the consensus nicely, saying saying: "I’d ask if many devs got into games because they wanted to find new ways to provide the bare minimum that milks begrudged micro-transactions and gets eyes on ads… or did they want to make great games?"

It's a question that cuts right to the heart of why people make games - is it to make money, or to create engaging entertainment? Different people will have different answers, but like most things in life, there is a middle way. Even Riccitiello, in the same breath as his infamous remark, described the very same commercially unaware devs as “the most beautiful and pure, brilliant people”.

It's safe to say that unless you're a hobbyist, then every developer needs their game to generate revenue, whether that's to recoup the cost of development or with one eye on global domination and a seven-figure profit margin.

Driven by the increasing adoption of free-to-play titles - also known as 'freemium' - as popularised in the mobile sector, video games in 2022 have more monetisation options than ever. But mechanics that impose themselves on the gameplay, such as microtransactions or loot boxes, have proven unpopular with consumers. While those are seen as pay-to-win or just plain gambling, even the humble old interstitial ad is out of favour with gamers that just want to get on with the game they have chosen to play.

With consumers now unaccustomed to paying outright for games and increasingly resistant to intrusive monetisation methods, studios are in a catch-22. Many are now turning to in-game advertising as the best option for developers and players alike.

To understand the scale of growth for the sector, it’s forecast that the global in-game advertising market is anticipated to garner nearly $18 billion a year by 2030, growing from $6,8 billion in 2021, at a healthy CAGR of 11.0%.

The same report found that "these advertisements are non-interruptive, allowing players to have a more seamless experience… leaving viewers with favourable and long-lasting product impressions". And it predicted an upsurge in the number of gamers during the period of the report, with North America continuing to dominate the in-game ads market, while identifying the Asia-Pacific territory as the leading opportunity, with annual growth of 12.6%.

This may sound like the holy grail, but in-game ads represent a true watershed, where ads evolve to become part of the experience.

Imagine a football stadium with no pitchside ads. Or a motorsports track without banners. Or an octagon without canvas logos. Or just a city centre without billboards. All real-world environments that wouldn't feel truly alive without these familiar elements. Such spaces sit naturally within virtual landscapes, and while we're talking about games here, the same will be true of the metaverse.

It's such a concern that historically, the answer has been for developers to include hard-coded assets that substitute often playful imposters for the real deal in an effort to contribute to the realism of gaming experiences. Even when actual brands began to appear in games, they were set in stone from day one until the end of time - sometimes becoming obviously outdated before the gameplay itself.

The answer is dynamic in-game advertising that is fully programmatic and customisable, enabling developers to control their digital environments. Of course, that provides an evolving lifetime revenue stream without interrupting gameplay, but it also brings the playspace to life for the players.

Speaking at Pocket Gamer Connects London earlier this year, Bryan Stealey, CMO at Turborilla said, “Whereas some forms of advertising can be annoying to players, we think native in-game advertising, when done well, can actually enhance the player experience”.

In addition to the breadth of cross-platform coverage across mobile, PC, console and cloud gaming, dynamic in-game also enables developers to target consumers by a number of parameters. Instead of serving ads universally, players can be in the same match or lobby at the same time and see different targeted advertising, tailored by region, age group or other game data.

In terms of performance, ads delivered directly into gameplay can’t be measured using conventional metrics, so we've worked closely with the Interactive Advertising Bureau (IAB) and the Media Rating Council (MRC) to help create a set of Intrinsic In-Game (IIG) Measurement Guidelines that launched in August this year.

With the assurances it brings, this standardisation of the nascent ad category will see in-game ads become part of more media plans and help to deliver greater revenues for game publishers on all platforms.

In-game provides a unique opportunity for innovative brands to raise awareness and favourability amongst a rapidly growing and truly diverse global player base - all without getting in the way of the game itself.

As long as the key tenets of contextual alignment and brand suitability are ensured, brands can deliver highly visible - yet non-intrusive - messaging that complements the gameplay experience, providing continued value to gaming audiences, publishers and brands.

In-game is well-suited to a diverse range of games and can be added late in the development cycle, freeing up developers to focus on what they do best - make great games.

Which prompts us to answer the question, 'Which comes first: monetisation or gameplay?' with another question. 'Why not have both?'

Antoine is a gaming and adtech industry expert. In 2016, he joined the French ad-exchange Mozoo, to develop Surikate in Europe, the direct performance arm of the business (UA), for leading apps and games. Due to significant growth, the business acquired AdinCube in 2017, a leading ad-mediation for gaming app developers, where Antoine's expertise was used to secure publisher partnerships across the EMEA region. Adincude was bought by Ogury in 2018, where Antoine successfully built the gaming publisher portfolio from the ground up over a 3 year period. He joined Bidstack in 2021 to lead and scale up their publisher portfolio globally, and is responsible for the supply side of the business.