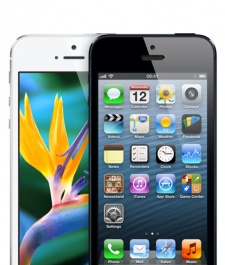 As the world waits for Apple's iPhone 6 to be unveiled, research outfit Localytics has done some number-crunching to find out which iPhone model has become the dominant device.

Results of the study show that the iPhone 5, which was launched back in 2012, is still Apple's most popular handset, with 27 percent of iPhone users opting for that model.

Coming in a close second is the iPhone 5s, which is the handset of choice for 25 percent of iPhone users.

The end is nigh

Of course, a large percentage of those iPhone 5 users will jump ship as soon as the iPhone 6 hits shelves.

The folks over at Localytics also believe that Apple's decision to remove the iPhone 5 from its store shows that the Cupertino giant is attempting to target low-end consumers in the build up to the iPhone 6's release.

"One interesting note is that the iPhone 5 is no longer available for sale on Apple’s website," read a Localytics statement.

"In addition, the three-year-old iPhone 4s is now available free with a two-year contract, possibly indicating Apple’s attempt to gain traction at the lower end of the market, typically dominated by Android."

The 4th generation iPad and the iPad Air, Apple's latest models, have amassed a 15 and 12 percent device share respectively, proving that older iPads have more staying power than their small-screened counterparts.

One in five apps opened just once before being deleted