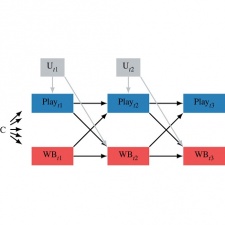 Video games do not appear to damage the mental health of players, finds a recent six-week study by the University of Oxford, UK. The survey of almost 40,000 gamers is the largest of its sort to date.

Taking into account various platforms and researching across a total of seven games – ranging from tranquil Animal Crossing: New Horizons to the competitive mobile game Apex Legends – there was no difference found in mental health impacts.

Having found 'no causal link' between poor mental health and games regardless of the type of game, Oxford’s Internet Institute senior research fellow Professor Andrew K. Przybylski did note a difference between players who engage with games because of wanting to play and those who feel compelled to do so.

"We found it really does not matter how much gamers played. It wasn’t the quantity of gaming, but the quality that counted…if they felt they had to play, they felt worse. If they played because they loved it, then the data did not suggest it affected their mental health. It seemed to give them a strong positive feeling," he said.

As well as being a parent, Przybylski grew up playing games himself and cites a need for more research in the area with, "Large representative samples". In his own words, "These are just the first steps into the world of understanding how gaming fits into gamers’ lives. And it seems that why you are playing is the key factor. This is an exciting study, but there is a lot of work still to do."

The report can be found here.

A recent Sensor Tower report has found that for the first time ever, mobile apps are earning more revenue than games.