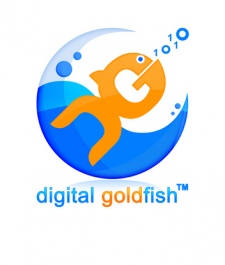 November 1st, 2012 - 12:46pm
By Keith Andrew
Dundee-based developer Digital Goldfish has been acquired by Ninja Kiwi, with the outfit set to remain in its Scottish base under the management of co-founders David Hamilton and Barry Petrie.

No fee has been given for the purchase, though the two studios have worked very closely together on Ninja Kiwi's Bloons series for a number of years  the Scottish studio having developed several successful iOS games based on the franchise.

Further mobile releases in the series, however, will be published under Ninja Kiwi's own label, starting with Bloons TD 5 in November.

"The Digital Goldfish guys have been great partners for us and have great depth of skill in mobile games development," said Chris Harris, co-founder of the New Zealand-based outfit Ninja Kiwi.

"As we continue to build our mobile games reach, joining forces with the Digital Goldfish team is just awesome. Blending their mobile expertise with our IP and player base has worked really well for us to date, so this acquisition is strategically very strong for us."

"We have collaborated on several successful titles together and racked up millions of downloads in the process," he added.

"This deal made absolute sense for both parties and was a natural progressive step in the relationship between the two companies. We are delighted to become part of the Ninja Kiwi family and are excited for the future as we look to bring existing and new Ninja Kiwi IP to a variety of platforms."

It appears all of 15 of Digital Goldfish's staff will be kept on board.