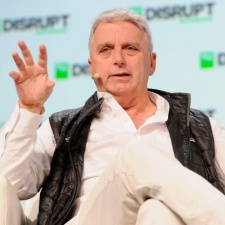 Unity have rejected AppLovin’s offer to buy the company, deciding instead to press ahead with the planned merger with ironSource.

Following a “thorough financial and strategic evaluation of the unsolicited proposal from AppLovin with the assistance of outside financial and legal advisors,” Unity’s board of directors have come to the unanimous conclusion that the deal isn’t in the best interests of the company and its shareholders. The board has reaffirmed its recommendation that shareholders vote in favour of the ironSource merger.

Unity president and CEO John Riccitiello said, “The Board continues to believe that the ironSource transaction is compelling and will deliver an opportunity to generate long-term value through the creation of a unique end-to-end platform that allows creators to develop, publish, run, monetize, and grow live games and real-time 3D content seamlessly. We remain committed to and enthusiastic about Unity’s agreement with ironSource and the substantial benefits it will create for our shareholders and Unity creators.”

The merger between Unity and ironSource will result in “the industry’s first end-to-end platform to power creators’ success as they build, run, manage, grow, and monetise live games and real-time 3D content across their lifecycle.”

What does this mean for Applovin?

AppLovin’s proposal would have seen the company maintain 51% of the vote share, while Riccitiello would take the CEO position of the now combined entity. As such, existing AppLovin shareholders would have more power.

Last week, we spoke to industry experts to gather their opinions. Gamebake CEO Michael Hudson felt that the acquisition offer was “a strategic effort on AppLovin’s part to maintain their competitiveness, as a merger of Unity and ironSource could see them dominate the market.”

An acquisition or merger of Unity and AppLovin could have seen ironSource unable to compete with the competition – a position AppLovin may have feared for themselves – and may fear again. This result was theorized by Kantan Games founder Serkan Toto, who stated "It's a $15 billion company going after a $15 billion company. It's a desperate attempt to consolidate and the chances of this deal happening are very slim."

It appears that rather than become the superpower in the mobile games world, Applovin have instead found themselves in direct competition with one…

We’ll be covering any and all developments in this saga as they come in.

Last year, both AppLovin and ironSource made our list of the top 50 mobile game makers. We'll be unveiling this week's list in the coming weeks.