Jacki Vause on Riccitiello, Leadership, and the battle of the brands 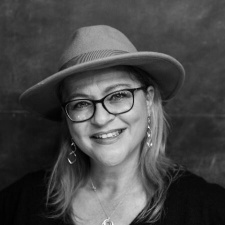 Following the announced merger between Unity and ironSource last month, Unity CEO John Riccitiello made waves in the industry due to some controversial comments regarding monetisation. The continuing battle of the brands, with AppLovin trying to maintain their own competitiveness through an acquisition of Unity, has kept Riccitiello in the news cycle – and his gaffe on the forefront of the minds of industry experts.

Following AppLovin’s move, we spoke to numerous industry experts and insiders regarding the evolving situation, including Dimoso CEO Jacki Vause. In this guest article, Vause discusses Riccitiello’s words, leadership, and the situation at large.

In July, John Riccitiello, Unity Technologies CEO, was interviewed on this site about the proposed merger with Israeli AdTech giant, ironSource. During this interview, comments were made that caused a stir in the games industry. It’s no surprise to see why so many were shocked and upset by these comments - they (at the very best) showed a complete lack of understanding of what games developers do and value. But the issue goes deeper than the words used, regardless of whether you agree or disagree with their sentiment, they could plant a seed of dissent and mistrust, leading to a deeper darker outcome.

One of the core tenets of leadership is understanding.

CEOs are chosen because of their skills as leaders. Running a company is hard, no one is denying this - especially when it comes to the powerhouses in our industry, who lead teams of thousands in multiple countries the world over, and who arguably have a further influence on millions of associated individuals from users and suppliers through to investors. One of the core tenets of leadership is understanding. Understanding your employees, understanding your stakeholders and most importantly, in Unity’s case, understanding the growing community of game developers worldwide who are your customers and who rely on your product to make a living. John Riccitiello’s comment that game developers who are not interested in monetisation were the “biggest fucking idiots” were throwaways and no thought went into it. But that in itself gives rise to a deeper problem that lies beneath.

What Riccitiello’s comments show is a worrying disconnect between him and the clientele of his company. Ultimately it indicates a leader who is prioritising other areas of the business over his user base. Monetisation in games is a challenging conversation to have, especially with developers, who of course are entitled to craft their games however they see fit. Making comments like this only alienates developers using Unity’s platform and it absolutely doesn’t help at a time in Unity’s evolution when it needs to keep them close.

Riccitiello’s eye clearly wasn’t on the ball and his ear clearly wasn’t on the ground, otherwise he would have never have even thought this, let alone said it. Now that the hornet’s nest has been stirred he sees just how contentious this subject is. But it does indicate that, with all the corporate shenanigans going on, that the C-suite is more concerned with loftier issues than the day-to-day wants and needs of developers. Of course investor confidence and shareholder value are crucial but they should be held equal with the value and confidence you deliver to your customers. Down the line, what will happen if customers lose confidence? Unity exists to serve the needs of its customers, and when your customers are unhappy, you listen.

Unity exists to serve the needs of its customers, and when your customers are unhappy, you listen.

And the question of leadership runs deeper. Let’s look at the employees of the company. Over years Unity has built a strong culture with Riccitiello at its head. Any merger will have a direct effect on the company’s culture and that culture is a big part of what your employees buy into. Despite the rejection of the deal with AppLovin, culturally it may well have posed a better fit than the Israeli IronSource - both being driven from the US. AppLovin proposed Riccitiello stay on as CEO with Adam Foroughi adopting the role of COO. Foroughi plays it straight down the line - a clever man who is clear and considered and doesn’t mince his words. It could have made a powerful team.

From an investor standpoint - on the surface - the AppLovin offer looked to be a superior deal - Unity valued ironSource at $4.4 billion and the AppLovin deal was worth $20 billion. Also, AppLovin’s estimates showed a consolidated company could reach an EBITDA of over $3 billion by the end of 2024. ironSource’s deal estimates only $1 billion. Why was it rejected? Simply, it comes down to control. In the AppLovin deal Unity would have only retained 49% of the voting rights and with the ironSource deal, the Israeli company is swallowed up by Unity as a wholly owned subsidiary.

Unity’s rejection of AppLovin in order to keep ironSource is only going to rile up the industry even more, as many will wonder what will happen next in this monolithic game of chess. And interestingly it leaves us back at the start with question marks still looming over the initially proposed deal.

There is really only one thing that Unity and ironSource share, not their culture or their values, but their userbases - and these users have just been insulted by the CEO of one of these companies. The AppLovin offer may not have been successful, but it showed that Unity as a company is vulnerable to flirtations from other entities.

Ultimately, Mr Riccitiello may well have ‘done a Ratner’. In 1991, Gerard Ratner, CEO of the Ratner Group of jewellers in the UK - the biggest in the country at the time - made a public gaffe during a conference in which he referred to two of their products as “crap”.

Of course, this didn’t go down well, leading Ratner to wheel out an apology - but it was too late, the damage was done. The stakeholders and consumers caused such an uproar that Ratner was removed and the company had to change its name to avoid any connection with him. This is one of the prime examples of how much weight the words of a CEO can carry and the dire knock-on effect that they can have when it goes wrong.

I'm gonna be honest with you chief... this won't save the stocks of your company.

Every one of us has already started migrating to a new platform, away from your sinking ship. You never actually understood us, you only understand money.

These developer comments are a snatched indicator of the response to Riccitiello's apology, and they have a point. We love to talk about games as a billion-dollar industry, and of course, it’s true, but the thing about this industry is that there are personalities and characters that are front-facing and therefore under constant scrutiny.

Company higher-ups can connect with users and fans in so many ways - whether this is at conventions or on social media, and that’s a wonderful thing. No one wants the games industry to be swallowed up by faceless monopolies and it would be a very sad day if that were to happen.

An apology just isn’t going to cut it and unfortunately in this age, your comments and opinions live forever.

So in these very uncertain times for employees, investors and users, leadership is now more important than ever. An apology just isn’t going to cut it and unfortunately in this age, your comments and opinions live forever. Digital communications are unforgiving. Riccitiello needs a communications plan that emphasises his values as a strong leader. While he has made some short-sighted errors he now needs to have a plan that shows all his strengths and value he brings - everything that got him to the place he is in today.

A visible, practical plan with communications KPIs that shows the millions of people that make up his stakeholder groups that he is still the man to have trust in, that he still believes in the games industry and that he genuinely cares about his userbase. Riccitiello needs to show the industry that he has respect, only by doing this can he hope to regain the trust he has lost, have his comments put down to a momentary aberration and turn this into a positive. It can and needs to be done now and swiftly. Overall the message for all CEOs is “Be careful with your words. Once they are said, they can be only forgiven, not forgotten”.