Convergence is the word 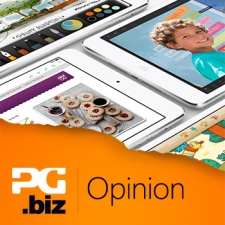 "It's just a big iPhone, except you can't actually make any calls on it," crowed the cynical amongst us – no doubt myself included – when Apple lifted the lid off its debut iPad back in 2010.

It's true, back then I found it hard to see why consumers would want a tablet of any kind when iPad first hit shelves around the globe.

Even now, with tablets firmly established as a mass-market entity, my mind struggles to come to terms with just why we need them – and I say this as a man who, in the relatively short time since that initial iPad unveiling, has acquired a healthy number of slates.

In the last four years I've had two iPads – an original device, and the latest version, the slick and sleek iPad Air.

I naively splashed cash on HP's ill-fated TouchPad back in the summer of 2011, I've got through a couple of BlackBerry PlayBooks (both of which now reside with my mother, who has to contend with a fault that causes them both to record audio or video clips uninstructed like an rudimentary Russian spy) and I also own an original Surface RT, which sits by my bed charging like an especially lavish digital clock.

Having enjoyed a few unboxing sessions as a result, I can't deny tablets come with a level of glamour that even the most expensive of smartphones struggle to match.

They're an indulgence. They're pure luxury. Indeed, if you boil things down, initial concerns that tablets served no real practical need have proved to be fairly accurate. Yet, despite them launching slap bang in the middle of a worldwide economic crisis, people decided they wanted them anyway.

To be fair to tablets, in the mobile arena they are, in most cases, the best way to play a smartphone game – and not necessarily in the way people expected.

Yes, games that rely heavily on their graphical grunt are natural strong performers on tablets – the bigger screen giving them the kind of real estate they lack on smartphones. However, even titles where visuals are far less important - quiz games or puzzlers, for instance - tend to play out better on iPad and co.

Developers tend to end every sentence with the words 'of course, this plays far better on iPad.'

It's become a common theme whenever a developer shows you a build of their game on a smartphone for them to end almost every sentence with the words "of course, this plays far better on iPad."

Tablets quickly became the device that ruled the living room. Though their portability was a key selling point used in early ad campaigns from almost all the major players, ultimately you're now more likely to see an iPad resting on someone's coffee table than you are in the hands of someone wandering the streets.

This meant, of course, that the devices that had previously dominated the home environment – the PC, the laptop and even the console – then found themselves being squeezed. Suddenly people didn't need to fire up their computer to book those flights, order their weekly shop or have a quick go on their favourite Facebook game. The tablet, fully charged and always in reach, meant many people's PCs remained on standby.

The home computer, we were told, was in danger of becoming an irrelevance.

It's perhaps a surprise, then, that the tablet that led the way has seen its sales fall back for two quarters in a row.

Apple's iPad is still very definitely king of the castle in the realm of tablets, and tablets as a whole aren't going to disappear anytime soon, but their growing dominance of the home scene has most definitely been checked.

Why? Ironically, commentators believe tablets are being squeezed out by notebooks and smart laptops (many of which now sport touchscreens and boast form factors remarkably similar to a large tablet) on one side and 'phablets' on the other.

Smartphones are getting bigger and, as a result, getting better at carrying out the kind of tasks that for the last four years have been the domain of the tablet. Apple's iPhone now sports one of the smaller screens in the smartphone arenas – it's possible to buy a budget Android or Windows Phone device now that boasts a large, bright display.

Now even reaching across to the aforementioned coffee table to pick up an iPad seems like something of a stretch when the phone or phablet in our pocket or bag no longer feels like a compromise.

This shift, of course, was to be expected. On the laptop front, the world's OEMs were never likely to let sales slide indefinitely without offering up some kind of reaction, and cloud-based devices like Google's Chromebook are a definite product of the mobile era.

It's also arguably that phablets would have been laughed off had it not been for the rise of the tablets – there's now only a very fine line between the largest of phones on the market and the smallest of tablets. The two form factors are converging.

Do you want milk with that?

And this is the point, really. Analysts appear to be panicking as to whether tablets have a longterm future and if Apple can evolve iPad in particular to bring the edge back to a device that, a year ago, seemed unstoppable.

I'm not suggesting, of course, that baristas are going to start playing Bejeweled in between frothing your milk.

Apple, of course, will react, and rumblings suggest a change in form factor is on the cards, but even if the next iPad doesn't turn things around, people haven't suddenly been switched off large touchscreen devices. Rather, everything we use is in our day to day lives is becoming more 'tablety'.

Not just in the home, either. Tried paying for a latte at your local trendy coffee chain? Chances are, the traditional till they used to sport has been replaced with a fairly sizeable touchscreen, hammered away at hundreds of times a day.

I'm not suggesting, of course, that baristas are going to start playing Bejeweled in between frothing your milk, but it is indicative of a technology scene where devices and form factors are merging.

In the years head, it's going to be less a case of how tablets are performing as a solo entity and more a case of watching as the various different devices we use in an out of the home come together. What is a tablet? What is a laptop? In the years ahead, there's every chance you'll engage with the touchscreen that adorns your fridge freezer or your oven as much as you will a stand alone slate.

Will we still be using apps and playing games on a dedicated tablet device adorned with the iPad brand in a decade's time? Your guess is as a good as mine, but I'd suggest not. Will tablets inform whatever comes next? Most definitely.