Everything you need to know to get your game noticed 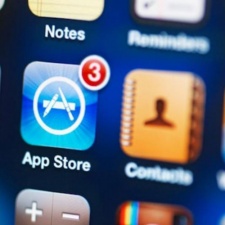 Increasing online visibility is an artform that web users have been practising since the dark ages of the internet (as far back as the 1990s, indeed)..

As game makers, designers, developers and publishers, you’re faced with twice the challenge, as you also need to tackle the relatively new black magic of app store optimisation (ASO).

Originally, being discovered on the App Store or Google Play wasn't a problem. But obviously as more and more games have been released, the problem has become bigger and bigger.

Your app store description was always important, but when putting together a listing you need to think about more than just appealing to the end user. You’ve also got a search engine to seduce if you want your game to climb the results ranks.

The tricky part here is that very little is known about how Apple’s, Google’s and Amazon’s internal search engines work, so ASO is a skillset you need to learn, and then keep up to. It’s constantly changing, and learning to make use of analytics, trends and competitive advantages is essential; and that’s true for updates, just as much as new releases, so don’t think the job is done once your game goes live.

Fortunately you’re not alone in the quest for ASO alchemy. There’s lots of help out there, with more appearing every day, so we thought it was high time we gathered up all the most useful app store optimisation resources.

How to improve your App Store and Google Play search ranking