Azur Games gets into deep details 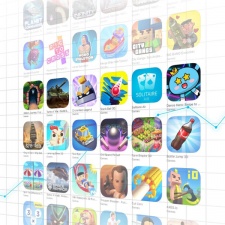 Rustam Saidrakhmonov is the ASO lead at Azur Games.

There’s plenty of stereotypes about an ASO specialist’s job.

What can be easier, write a simple description for the store, add a few gameplay screenshots and a trendy icon with a screaming dude on it, and you’re done.

Now you just have to sit and wait for the organic traffic to come in, right?

If everything were so simple, there probably wouldn’t be a staff shortage in this particular sphere — why would we need a special person for something so easy anyway? In reality, it’s so difficult to find a good ASO specialist that you usually have to just grow one within the company.

Many people also think that one ASO is enough, but the work continues throughout the entire life cycle of the project. Next, I'll go through the things we encounter every day in dozens of projects.

Spoiler: even changing an icon can increase downloads by 30%.

What an ASO specialist actually does

Our ASO team, which currently has eight people on it, handles dozens of projects monthly, if not weekly.

On top of that, they constantly get new games to work on and still have to support the existing ones. There are a lot of ideas and each one needs to be tested, all while trying to keep up with the rapidly changing trends and overall situation on the market.

For example, most hypercasual games have a tendency to burn out in six months, and if you want to get the most out of promoting a game at the peak of its popularity, you have about a month to test the entire meta, both text and graphics.

It’s so difficult to find a good ASO specialist that you usually have to just grow one within the company.

Keep in mind that you have to spend at least a week of it figuring out how different audiences behave on different days. There are cases when everything is fine on Monday, but then the new version underperforms in terms of key metrics over the weekend and something needs to be changed.

This doesn’t mean that the work on a hypercasual project stops at the one month mark. Within the company, we conditionally divide ASO into two classes, primary and support. Primary ASO is done before marketing tests to understand whether we’ll keep working on the game or not; support ASO is provided until the project shuts down.

The workflow for individual "hot" titles is planned out 2-3 months in advance with weekly tests and non-stop analysis of the results. "Hot" titles are usually defined by the amount of money spent on marketing, or, sometimes, by a high rate of organic downloads.

In this case, the schedule is mapped out in a way that allows us to test the highest possible number of ideas as quickly as possible, since store algorithms are more willing to promote new apps.

Testing is more difficult if the traffic volume is insufficient (conventionally, 1,000 downloads a day is a good number), so we increase the number of days allocated for it.

At the same time, new titles are coming in, new hopes follow, downloads influx by millions, and the cycle repeats itself. Besides, the work on old apps doesn’t stop until they get taken off the market.

Read on to get more details about how Azur's ASO team operates.

How to improve your App Store and Google Play search ranking