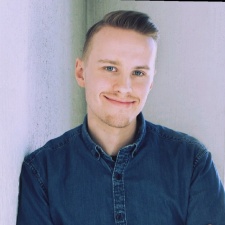 Written by Erno Kiiski, Chief Game Analysis, US at GameRefinery

Goodbye 2020, hello 2021. Last year saw its fair share of new design features in mobile games, and our analyst team has sat around its collective crystal ball and taken a look at what’s in store for 2021.

Here are four of the biggest mobile game design trends we see coming down the pipeline in the year ahead.

1. The emergence of mobile social 2.0

‘Mobile social 2.0’ is a phrase we’ve coined to reflect the evolution of many mobile games’ social experience. The fostering of a community experience around a game has been prevalent on PC and console community for a while now, with players of some games chatting more in lobbies than in the games themselves. Now we see more and more mobile games adding spaces where people can interact with each other.

In China, games like Audition Online, QQ Dance or QQ Speed, and Outer World have had these kinds of social spaces for a while where you can just chill out, hang out with friends, show off cosmetics, play mini-games, do some quizzes, listen to music and even watch videos.

One great example is from Japan, with the fantastically named Project Sekai: Colorful Stage feat. Hatsune Miku. It's a rhythm game with a ‘virtual live’ mode - an immersive type of live event where players enter a virtual stadium as an avatar. They can then enjoy the concert and react by throwing various effects to the stage, including chat messages and emojis.

We’ve also seen the rise of social spaces in the West with massive games like COD Mobile adding hangout areas to complete with a DJ. Roblox added a new hangout area where players could mix and enjoy shows including Lil Nas who performed a worldwide premiere of his new single called Holiday, reportedly drawing 33 million attendees.

Hangout areas are also a great way to keep players coming back or even staying in a game and adding more decoration meta elements which can be a player-friendly way to monetise in the game. Players can show off their avatars and even their space decorations to other players. This is a great way to incentivize players to collect more decorative items for their avatars. Casual sports title Tennis Clash from Wildlife Studios even had a Gucci collaboration where players could highlight their Gucci clothes.

2. The Match 3 puzzle genre continues to evolve, plus the rise of Chinese casual games in the West

The current Match 3 market remains the most significant sub-genre in the Western market, particularly the US, where it generates just over 17 per cent of all mobile game revenues on iOS.

We’ve seen a constant evolution of the gameplay design, especially with adding meta-layers on top of the core gameplay in hits such as Gardenscapes and Homescapes. Project Makeover has also caught our attention as an excellent example of this genre’s next evolution, combining the home design element from Home Design Makeover with a makeover game that has been big with titles such as Covet Fashion and Kim Kardashian Hollywood.

Project Makeover also combines a narrative layer with other more established elements such as completing levels, getting stars from levels and choosing from three to four options as Gardenscapes and Homescapes did.

So despite the puzzle genre being super-competitive with some huge, evergreen titles (the obvious one is Candy Crush), we can see that there is still plenty of opportunity there by innovating around the game meta to come up with something unique.

It’s also interesting to note that China’s casual game landscape is still relatively overlooked as a source of inspiration. It‘s filled with high-quality casual products that are all monetizing well. These titles have all the bells and whistles in terms of game features, content and live-ops, and of course, have a huge installed base meaning the games have been refined to maximise retention.

It’s not a giant leap to see that the expertise and resources that Chinese developers have combined with the fact that the Chinese are interested in tier one markets mean we’ll likely see at least one more Chinese-originated casual game sustainably entering the Western top-grossing 100 by the end of 2021.

3. Shooter games will broaden out their offering to stay fresh

The shooter space continues to be dominated by PUBG, Call of Duty, Garena Free Fire and Fortnite (whose absence has created a small vacuum for others to fill).

Lilith Games announced its new shooter Farlight 84 for PC and mobile, with a mix of team-based gameplay (think Overwatch) and cartoonish Fortnite style gameplay. We’re yet to see the gameplay loop to know what elements they’re going to use to differentiate themselves. Still, we know that Lilith always puts a lot of production value into its games - so Farlight 84 could be the shooter to step into the Fortnite void.

The success of PUBG led to a swathe of games featuring battle royale modes, but it’s interesting to see that some shooters don’t have this front and centre of the UI. CrossFire, currently one of China's most popular shooters, is an excellent example of this. Battle Royale mode is not in the main menu UI. Instead, you have to swipe left to "scroll" the menu toolbar to access a small button, after which you have to press another button to launch the Battle Royale mode preparation screen.

Big games moving such a popular mode away from the core of the game may indicate that some players have tired of battle royale and now seek other kinds of experiences from these kinds of games.

For example, PUBG Mobile in the West added the metro royale mode, which has elements from battle royale, but it's no longer a pure battle royale game. We also have the massive success of the mobile version of Call of Duty, which took online shooter games to the next level in terms of controls and graphics. It’ll be interesting to see how the mobile version of Apex Legends performs when it launches.

4. Is the time ready for the "Genshin Impact of MMOs”?

We’ve seen that in the West, mobile MMOs can be a tough genre to crack; but there are signs that it’s a genre that can still succeed if done right.

The biggest challenge mobile MMOs face is that it’s a reasonably hardcore genre that players are accustomed to playing on PC, meaning it can be challenging to attract these players on to mobile. Solving this problem is a persistent challenge, but one approach could be to use a multi-platform release strategy similar to the one underpinning Genshin Impact. Or, taking it one step further, some MMO games are truly cross-platform - meaning you can start playing on PC and then seamlessly continue on mobile.

Another route to success for MMOs is to throw the kitchen sink at the art style. A massive hit MMO in China is Moonlight Blade; this owes much of its success to its incredible hi-fidelity graphics and character design. It’s the most ambitious title we’ve seen in terms of HD audiovisual presentation, and it’s worth drawing a comparison to Genshin Impact, which has also had a lot of praise for its art style. Even though Moonlight Blade isn’t innovating much with its gameplay, its sheer graphical quality is an example of how ambitious games can bridge the gap between AAA HD console gaming and mobile.

With two massive MMOs due to hit mobile this year - namely Summoners War: Chronicles and Warhammer: Odyssey - it will be interesting to see how they perform.

From our vantage point, many exciting developments are coming along in 2021, and the ones we’ve highlighted above are just the ones we think will be amongst the biggest. Other areas to keep an eye on will be the deluge of licensed games that are coming, the rise of the MOBA now that League of Legends: Wild Rift is here to challenge the crown and finally, whether we will see more super-high quality games taking a leaf out of Genshin Impact’s book.

We’ll also see how the easing of the Coronavirus will impact people’s gaming habits as they play fewer games and start enjoying the world again. So with that in mind, here’s wishing you a successful and healthier 2021.