Not worried about the competition 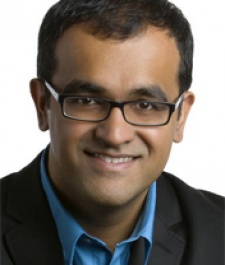 April 19th, 2012 - 07:31pm
By Jon Jordan, Contributing Editor
Social games publisher Funzio has been in the news this week thanks to rumours it's looking for a $50 million funding round.

Jamil Moledina, its VP of business development, isn't going to talk about such things, of course.

Instead, he's banging the drum for the Facebook and iOS release of company's third title Kingdom Age.

Sitting alongside Crime City and Modern War, it's another male-focused social game including castle-building, RPG exploration and player versus player combat elements.

But more significant to Funzio, says Moledina, is its multi-platform nature.

"With Crime City, we demonstrated we could release on four platforms [Google+, Facebook, Android and iOS], but that wasn't simultaneous," he point outs.

"Releasing Kingdom Age for Facebook and iOS was quite a challenge. It requires more than just expertise on both platforms, but it's important for us to extend this convenience to players.

"We don't want to create a situation of have and have-nots."

Given Kingdom Age debuted on Google+ that raises the obvious question - what about Android?

Moledina won't be drawn on its ETA. "We're not ready to talk about our Android roadmap," he says.

At present, Funzio only has Crime City available on Google Play; although neatly this does support head-to-head play with iOS gamers thanks to Funzio's shared battle servers.

Moledina says the company is "incredibly impressed" with the performance - retention and monetisation - of Crime City on Android, so this absence is not one that's likely to remain for long.

Do more, be more

The issue seems to be one of resources.

Even having raised $20 million in 2011 and with 130 staff, it's difficult to develop and support three live games across four platforms, particularly at the level Funzio says it's aiming for.

"The visual finish of Kingdom Age is much greater than similar games," Moledina says.

"The animation are smoother, the monsters are more detailed and there's many more of them."

He also argues that the three layers of gameplay provide more depth, especially the exploration elements.

"We don't think other similar games have explored this area," he comments.

"You can quest, do missions, collect loot, earn coins and XP; it's more like an action-RPG experience, and adds to the experience compared to just castle-building and player battles."

King of the castle

It's this focus that demonstrates Funzio's raison d'etre to create triple-A game experiences, he adds.

"We make high quality games that are highly reliable, that don't crash, that don't have silly bugs. We want people to trust the Funzio brand."

Indeed, despite the amount of competition coming to the hardcore mobile/casual space with the likes of Storm8, Glu Mobile, Kabam and Machine Zone now being joined by Aeria Mobile, Industrial Toys, Supercell etc, Moledina is very certain of Funzio's place in the pecking order.

"Companies are stepping forward to try and create Diablo for social, but we're not worried." he says.

"There's a lot of bravado and testosterone in the market, and not enough wisdom. Companies need to focus on how and why these sort of games work in a social mobile environment. And that comes down to appropriate game design and how you direct gameplay into compelling compulsion loops.

Funzio rumoured to be seeking a $50 million round to compete with Storm8, Kabam, Zynga and GREE