Camouflaj's Ryan Payton on Kickstarter, Republique, ambition, and the possibility of raising $215,000 in three days

Pay for quality and to ditch the suits 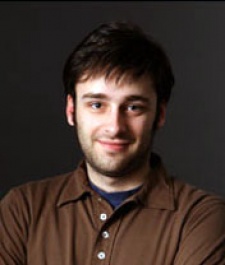 May 8th, 2012 - 06:14pm
By Jon Jordan, Contributing Editor
In a year of headlines about Kickstarter, one of its most high profile games has been Camouflaj's République.

A combination of the ambition of the project, the request for $500,000, the small seven-man team, and its experienced (Halo 4, Metal Gear Solid 4) leader Ryan Payton all adds up to a heady mixture.

But with three days to go, the bottomline is that (at time of writing), 'only' $285,000 of that target has been pledged.

We caught up with Payton to get his take on the experience so far.

Pocket Gamer: First up, you've still got quite a long way to go on the Kickstarter goal, so do you think $500,000 was perhaps too much for a start up to ask?

Ryan Payton: After our first day on Kickstarter, it was clear that this was going to be a rabid dog cage match to make it to our $500,000 goal.

But with that said, I don't think that asking for $500,000 was too much. We asked for what we needed. If we had set the bar lower, I'm not sure how I would have messaged it. I would have had to come up with some fabricated excuse as to why we would only need $200,000, and I don't think that's what Kickstarter should be about.

I think we need to be honest and transparent with the community. République is a high-tier game project and requires a six-figure sum to create. The truth of the matter is that, in terms of game budgets, République is an absolute bargain.

I know that people in the community have really struggled with the notion that this game will cost over a million dollars to make, but the reality is that it would cost at least five times that to produce this at established companies like EA, Sega, Activision

At the end of the day, all we can do is be upfront with what we're doing and see how the community responds. That's the cool thing about Kickstarter - it's not up to some old dude in a boardroom - it's the decision of thousands of people who are the actual people playing these games we're making.

Given that you've already raised some money outside of Kickstarter, would it be correct to assume the game will go ahead whatever happens, although maybe cut down in scale, platforms etc?

Thus far, République has been funded entirely by my life savings, my liquidated Microsoft stock and borrowed money from my dad. Since launching our Kickstarter campaign, we've been approached by about twenty different companies and investors who want to see République come to life, but the reality is that if they're going to finance the entire game budget, they're going to want the IP and final say on creative.

For my team and for players, I want to create République as a franchise wholly owned by the creators and be able to do the edgy, controversial and new design ideas the team wants without some suit telling us what we can and cannot do.

We want to be creators, and at the end of the day, it's the player that's going to be benefit from our unleashed creativity.

What's most impressed you about the process of doing Kickstarter?

The most impressive thing about this Kickstarter experience has been the community's genuine excitement over the game vision.

It's always scary when you reveal your creation to the public, which is why the first day of our Kickstarter was such a great day for us. We didn't hit our first day funding goals, but that was okay because Kickstarter puts you in direct contact with the community and we instantly got their feedback about the game. It reinforced what we were doing.

I think the thing that has surprised me the most about this campaign is all the controversy surrounding it. The game's high budget, the choice to go iOS first, people calling us out for not being 'indie' because I intend to pay our staff actual salaries ... But the truth is that this has been an entirely net positive experience for us. No doubt.

Do you think there are perhaps too many projects now competing for the available backing?

The thing I've noticed is that there hasn't been many high profile projects since we launched, and I'm not sure why that is. But it seems like other projects are doing pretty darn good like Grim Dawn and Yogventures.

Personally, I think the more the merrier. Especially if there are more diverse game projects hitting Kickstarter, that'll widen the audience for Kickstarter-backed games and bring even more dollars to creator-owned projects. I think this is just the beginning.

There's been some debate about the hidden cost of Kickstarter to developers in terms of the incentives you have to offer. What's you view on that in terms of the swag you're offering?

I'm glad that we spent a few weeks investigating the true cost of the items we're promising to the community.

Physical goods are not cheap to produce, which is why I'm a little nervous about a few Kickstarter campaigns because they're promising a lot goods for relatively low prices. I cringe when I think about those creators getting the bill for the goods they promised, but that's part of the learning process.

Another thing I fear is what happens when one of these big projects send out their rewards to backers and the quality of the physical goods are lower than expected? Those moments hurt the credibility of every creator on Kickstarter.

What's the one thing you would say to potential Kickstarter backers who haven't yet committed?

My message to potential backers is that we really need their support in helping us maintain control over the creative and IP. Because this game is a relatively large indie project and we don't have deep pockets, it's going to be virtually impossible to fund the entirety of République and make the game we want.

We're believers in this crowd-fund revolution as it puts more control in the hands of the creators and those who are buying our games. In exchange for helping us fund the game and stay in creative control, the teams promise to make the most innovative and hard-hitting game we possibly can!

Thanks to Ryan for his time.

You can pony up for République via Kickstarter.

The making of Republique