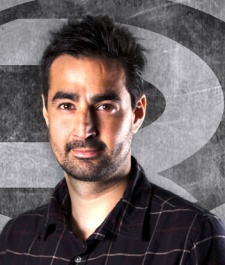 June 5th, 2012 - 10:19am
By Jon Jordan, Contributing Editor
Finnish developer Remedy has been quietly positioning itself for the digital download future, and that includes mobile.

So on the back of the news that Death Rally has been downloaded 10 million times on iOS and Android, and that its actively building up an internal development team for mobile and tablets, we caught up with head of franchise development Oskari Häkkinen to find out more.

Pocket Gamer: How surprised were you about the success of Death Rally?

Oskari Häkkinen: It's been great to see it do well, and yes, we have been pleasantly surprised.

When we decided to resurrect Death Rally, it came from the decision that we as a gaming company felt we needed to be in the know about the mobile and digital gaming space, and Death Rally felt like a perfect fit to try mobile development.

Death Rally was a test bed to try different models - premium, free-to-play and in-app purchases. But, 10 million downloads and 100 million play sessions later, it turns out Death Rally is more than just a test bed, but a franchise that has a solid fan base who love the game.

Have you noticed any significant difference between iOS and Android players?

Sure. We've been slowly moving more towards a free-to-play model with Death Rally but we're not quite there yet.

Currently there is a 5 hour story mode which is you get for your 99c/69p purchase. And we added a multiplayer component a few months back that works predominantly with in-app purchases. You can play with the basic cars and weapons, but better cars and weapons cost a dollar here and there.

We've seen that iOS gamers have really warmed to this model, they are used to paying for more content if they are getting fun out of a game. Android users seem less accustomed to paying and therefore ads seem to be more affective.

At what point did Remedy decide it needed to build up an internal team for mobile and tablets game development?

We made the decision and began establishing the digital team in 2010. We are now about eight-strong and will probably closer to 20 by the end of 2012.

We've managed to partner with some other great developers also, like Mountain Sheep and Cornfox & Bros. [fellow Finnish studios] for projects such as Death Rally.

What's Remedy's approach going to be in terms of the type of games you want to release for these platforms?

People know Remedy as a triple-A PC and console developer. Those are our roots and we'll definitely continue to make triple-A story driven games, such as Max Payne and Alan Wake, but we are also exploring other opportunities and seeing if a 'Remedy game' could also work in the mobile space.

We announced earlier this year that we are hiring for a future generation console project, so you know we are making a big bet there, but we are also hiring rapidly to our digital team which works with iOS, Android, Steam, Amazon, Origin and others.

As well as more Death Rally, we are exploring concepts for mobile that are closer to Remedy's core.

There's lots of developers specifically looking at tablets as console-replacements. What's your view on that?

You know, to say anything now would just be speculation.

As an industry, I think we are in a kind of limbo, waiting for the big players to make their moves. Microsoft, Apple, Sony, Google, Valve, OnLive, Gaikai etc. There are so many scenarios as to who will own the living room.

As a developer, we want to stay agile, make the right partnerships and understand as much about the different types of gamers out there as possible.

What should we expect in terms of Remedy's next major mobile project?

Something different. We think we are going to where the ball is going, not where it is now. It won't be as casual as Angry Birds or Cut the Rope; it will have Remedy DNA made for the mobile and tablet space.

We'll also continue with Death Rally of course. I think we learnt a lot from our first stab at mobile and tablets, and the next iteration should be awesome.

Thanks to Ozz for his time.