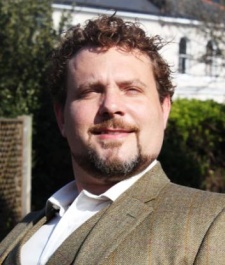 Due to launch in late July, Bar Fight Live will feature studio-mascot Stunt Guy engaged in some barroom brawling. Every decision beyond that, Kempt promises, will be made by the game's userbase.

To find out more about how on earth Kempt intends to make this happen, and exactly how it could all go wrong, we caught up with Kempt's MD and founder Chris Kempt

Pocket Gamer: Could you outline the premise of Bar Fight Live, and how you plan to develop and monetise it?

Chris Kempt: Sure, Bar Fight Live is a game that doesn't exist yet!

The basic idea is to try and reproduce the way we might work with one of our clients - but do it in public and with many, many more clients. To achieve this we'll publish the game in a series of iterations and ask the user base to vote on the features that should be in the next iteration.

We're asking users to invest in the project via in-app purchases which will in turn give them the right to vote, the ability to view exclusive content and play the game without restrictions.

Could you give us an example of the sort of vote you might present your players with?

The ballots will be split into logical stages that relate to each stage of the development process, the first being perhaps the most crucial as it will help us to decide what the gameplay should be.

We're giving the users three options to choose from and whichever the most popular option is  we'll start building. It's not complicated but frankly that's why it might just work!
Bar Fight Live will feature in-app purchasing options. What sort of purchases will you make available to players?

All the IAPs will enable users to get involved in the process to a greater of lesser extent, the lowest level allowing basic access to content and the right to vote whereas the higher levels will provide a few simple vanity options.

Will these IAPs affect voting? Will big spenders get more votes, or access to different polls for instance?

No, all levels of IAP will receive the same voting rights  politically this is a democratic process which is very important to us.

Surely you'll have to limit exactly what your users can vote on? You don't want the players to wreck the game...

Again the idea here is to use a process that is as similar as possible to how we might work with a client but do that on a massive scale.

This project will only work if we treat our user base as our clients and therefore our role will be to guide the process rather than limit it. We might advise against a certain decision but if the user base is adamant that they want something then we'll have to try and find a way to make it work.

It's their project after all.

Given that users are making in-app purchases and being surveyed on design decisions, isn't it overstating things a little to say that the game is crowdfunded and crowdsourced?

We're working as we would normally do  all we're doing differently is substituting the word client for crowd.

Also let's remember that this is a connected world  although decisions will be made via ballots we'll be listening to feedback from every possible source and asking for opinions on all sorts of aspects as the project develops.

Quite simply, the more people get involved and the more input we receive, the more interesting this process is going to be for everyone.

You've referred to Bar Fight Live as a 'risk project', and said that its users can 'literally make or even break' the app. What could go wrong, and what sort of contingency plans do you have in place?

I guess there are two key risks here:

The first is obviously financial. Unlike the equivalent Kickstarter campaign, we're committed to finishing the app regardless of how much support (money) we receive  but luckily the contingency is simple  we're a successful studio and we can afford to take a few calculated risks here and there; particularly if we get to push the boundaries a little and learn in the process.

The second risk is that the crowdsourced model we're using fails and the final game is just rubbish, but frankly I'm not at all concerned about that. Real people generally have a much better grasp of what they want to play than many game developers do.

I'm confident that they'll lead us in the right direction and that we'll be able to deliver a project that we can all be truly proud of.
Thanks to Chris for his time.Bar Fight Live is expected to launch on the App Store in late July.

To find out more about the game, visit the Kempt website.