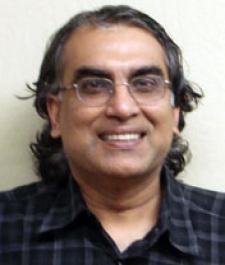 August 1st, 2012 - 10:30am
By Keith Andrew
Back in April, social games developer CrowdStar announced it was canning the development of all new Facebook games to focus solely on smartphones.

The move was followed by a $11.5 million funding round designed to support its shift  a signal of its intent, and a testament to the speed at which the company sought to switch focus.

CrowdStar's transition, however, has played out against a backdrop of the firm's former favourite Facebook fading away as a major force in the social gaming scene, with developers such as Zynga  itself looking to shift focus to mobile  suffering as a result.

Cue CrowdStar CEO Peter Relan taking to the wires to claim the "writing is on the wall" for social games on the web version of Facebook, adding that the irrational investor panic that followed hit the likes of Zynga hard.

A good time, then, to catch up with Relan to find out his take on what exactly Zynga is doing wrong, and what role Facebook can hope to play in the social gaming scene in the years ahead.

Pocket Gamer: Why do you think it has taken Zynga much longer than CrowdStar to switch focus from Facebook to mobile?

Peter Relan: Fortunately, as found of YouWeb, I have the luxury of being involved in multiple companies including CrowdStar, OpenFeint and Spaceport.

Both OpenFeint and Spaceport are 100 percent focused on mobile, so the CrowdStar management team was much more aware of trends, and saw the shift to mobile over a year before Facebook and Zynga did.

How did you find that transition?

The transition was fantastic, but it wasn't easy. We grew bookings year over year even through the transition  most companies can't even make it in the first place.

Even the mighty Zynga saw a bookings decline, because it missed the trend. Today, we feel we are a leader and not a follower, and we have a big advantage over 90 percent of social gaming companies that started on Facebook.

Do you think Facebook was unwise to schedule its IPO before it had really got to grips with mobile?

This is hard to say.

Not really for Facebook  it got $16 billion out of it on its balance sheet, which allows it to buy its way into mobile. But for retail investors, certainly it's not good to see Facebook still figuring out mobile.

Web-based play will still be important for a segment of players who want the richness of the big screen. Tablets will take over as well.

So I would say 50 percent of users in two years will be solely playing on smartphones, with 25 percent on tablets and 25 percent on web-based PC portals like apps.facebook.com.
Thanks to Peter for his time.