End-to-end production tool due this summer 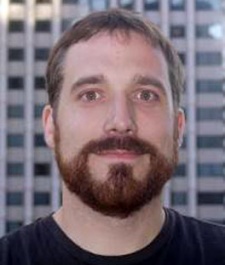 It build its reputation with physics middleware but Intel-owned Havok has long moved beyond that particular specialism.

Adding animation and AI smarts, it set itself up as a vertical player with the acquisition of German outfit Trinigy in August 2011.

Synergising its Vision Engine into the wider Havok ecosystem has been an ongoing task; something now complete with the announcement of Project Anarchy.

A complete end-to-end mobile 3D game production engine that will be free on iOS and Android "without commercial restrictions on company size or revenue," it was publicly revealed at GDC.

"I think it's because Havok is rightly perceived to be a triple-A console product in terms of performance and cost."

There's been some debate about what Havok exactly means when it says Project Anarchy will be "free".

"We know we need to be in mobile. It's where the innovation is happening," says O'Dwyer, explaining the context.

"We want people [in mobile] to be using our tools. We think in time, they will scale up into larger companies and then buy our tools."

Of course, developers using the free Project Anarchy tools will also be able to buy support. After all, time is money.

Yet, this approach isn't without complications for Havok.

As O'Dwyer confirms, its largesse in making Project Anarchy a free product for iOS and Android (you'll pay for PC porting) means it will be looking to the wider community to handle entry-level support issues.

"We need to build a community without spending a lot of money, which is why we're rolling out a broad university initiative in the US, Europe and Korea," he says.

Havok will also ship Project Anarchy with plenty of game samples and tutorials, and has plans in place to extend its community efforts to Brazil, Japan and China.

Expected to be released in May or June, you can sign up for more details at the Project Anarchy website.