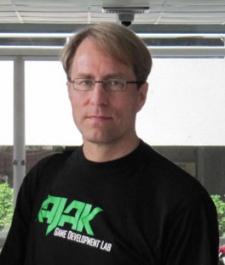 He also is a former studio manager of Supercell North, as well as a lecturer and head of Kajak Game Development Lab.

Veli-Pekka Piirainen The biggest headline and most significant event has been the unbelievable success of Supercell: also when Supercell sold 51 percent of its shares to GungHo Online and Softbank for $1.5 billion.

For my company, it didn't have any direct influence, but for the Finnish game industry it will have a huge impact.

The challenges are the growing fragmentation of devices (especially Android), and even harder discoverability of games and rising user acquisition costs.

The opportunities are the rise of emerging markets, especially China, southeast Asia, Brazil, and the Middle East and northern Africa.

How will indie developers fare? Any advice for people launching new games?

It will be tough year for most of the indies. Of course, there will be rising stars, but 2014 will be dominated by big players.

My advice, therefore, is try to find other game developers who will cross-promote your game. A good example is how Fingersoft (creator of Hill Climb Racing) cross-promotes other developers' games. Paid user acquisition is waste of money for start-ups and indies.

It will be a huge opportunity for us and we are very excited especially about Chinese market, because our game will be released there in the beginning of 2014.

What was your favourite mobile game of 2013?

My New Year's resolution is to have more time for my personal life, not just for my company, and in 2014, that we will make our most successful game so far!