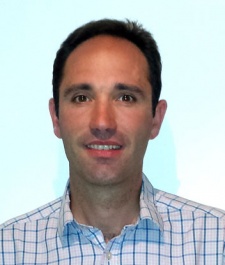 Ex-director of product at Playfish/EA and previous product manager for video games at Amazon, Xavier has extensive experience in the making and managing of market-leading social games.

Previously a director of product at Playfish/EA and a product manager for video games at Amazon, Xavier Louis has extensive experience in the making and managing of market-leading social games.

He co-founded London-based studio Brainbow to help people become smarter through games and change the way we interact with knowledge on smartphones and tablets.

Xavier Louis: I think the biggest headlines of 2013 have been the insane successes of Supercell (Clash of Clans) and King (Candy Crush Saga).

After a difficult 2012 and the fall of Zynga, it's very re-energizing for the whole industry to see that solid foundation and hyper-growth are still possible, and rewarded.

I think the biggest challenge ahead of us is the market getting 'mature' (ie. number of developers, increasing competition and user acquisition costs) and the economics of success are going to be more and more difficult.

I would expect a fair volume of consolidation that reminds me the days of the first generation of mobiles games on feature phones.

It will be a tough and exciting year. There are still tremendous opportunities with 'blue water' categories.

Clash of Clans and Candy Crush Saga are only two categories and there is plenty of room to innovate and create new category-defining games and apps that will re-imagine our experiences on mobile.

I agree the opportunities have become global with the recent successes (again) of Clash of Clans, Candy Crush Saga and also Puzzle & Dragons in both the west' and east.

The opportunity to reach the other half of the world has never been so tangible.

I expect to listen to and share with everyone about success and failure, and how we can do better as an industry to build better and bolder products.

Of course, our game Dr. Newton - The Great Brain Adventure but also Telltale's The Walking Dead.

Backed by the best, Brainbow raises $1.2 million seed round to turn knowledge into games