Zynga and the gaps: Talking real-money gambling, third-party publishing, and success in Asia 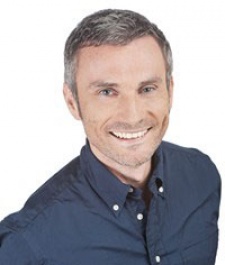 Zynga's been busy, talking about its financial results, its acquisition of NaturalMotion and its future plans.

But there were a couple of additional strategic issues about which I was interested to get the views of the new management team.

So I asked COO Clive Downie to provide some more detail about Zynga 2.0's thoughts on real-money gambling, its publishing initiative, and its mission statement to be the '#1 social gaming company globally'.

Pocket Gamer: You spoke about the success of Zynga in the casino category. What can you say about Zynga's attitude to real money casino products?

Clive Downie: We're focused on growing and sustaining our franchises and creating new hits. As we announced months ago, real money gaming is not a priority for us.

Can you say anything about the status of Zynga's publishing initiative and your attitude in terms of third-party publishing for mobile games?

We're focused on the key areas in our organic business I mentioned - growing and sustaining our franchises and creating new products. We're not elaborating beyond that but look forward to sharing news when we have it.

Given your stated aim for Zynga to be the #1 social gaming company globally, what's the company looking to do in key territories such as Japan, South Korea and China in which it's previously experienced market challenges?

We have a studio in China that's focused on new products as a part of our effort to drive to more new games.

As I mentioned, we aspire to be an at scale, content leader that delights people around the world. NaturalMotion brings together the best and brightest in creative and technical expertise across geographies. Their cultural awareness and European location is important to developing breakthrough experiences for consumers around the world.

Without getting into more details than we have yet made public, I can say that it's a top priority for me personally to unlock this for the rest of Zynga and making sure we use a more global, customer-centric lens in everything we do.