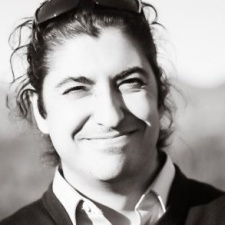 The Istanbul-based Gram Games owes its success - and, indeed, its very survival - to one game: 1010!

It's tasted failure and hardship, with its first 3 games all proving to be flops, but its recent success has afforded the studio to grow on its own terms.

Rejecting rigid hierarchy in favour of a flat management structure, the firm is currently hiring for a number of roles at its Istanbul headquarters while gearing up for new offices in London and San Francisco.

As such, we reached out to Chief People and Culture Officer Emre Tunçbilek to learn about Gram Games' unique company culture and the kind of candidates he's particularly interested in hearing from.

PocketGamer.biz: Could you give us some background on Gram Games?

Emre Tunçbilek: Founded in 2012 with just five people and a shared passion for creating amazing games, the story of Gram Games is about not giving up even if success seems impossible and turning mistakes into lessons learned.

Today with over 40 million installs, and over 3.5 million daily active users who play for an average of 30 minutes a day, we are even more passionate about games as a studio with more ambitious goals.

When our puzzle game 1010! became an instant hit after 3 unsuccessful titles and 2 years of sleepless nights, we understood the significance of keeping in sync with our player base.

Concurrent with the game's launch, we developed an in-house analytics platform to monitor the success of the title. We knew that if we were going to make it, we would have to focus on data-driven analytics.

We also began recruiting more - the more successful we became, the stronger a team we needed.

In May 2015, we became the first Turkish company to be introduced at Google I/O in San Francisco. With additional support from our players and investors, we plan to develop new games and expand our global presence.

A passion for great gaming is what got us to where we are today, and so we took that passion and built our company culture around it.

We began investing in a top-notch team that we knew would produce amazing games for our fans around the world, and would ensure that we would continue to do what it set out to do in the first place - create bonds through play.

We believe a great team is a product of two things: talented people and a great culture. We are at our best when we feel free, comfortable, creative, and productive.

That’s why we did away with all those fancy corporate things like “hierarchies” and “managerial structures”.

Gram Games is free of bureaucracy and other corporate nuances that can slow a company down.

Gram Games is a totally flat organization, free of bureaucracy and other corporate nuances that can slow a company down.

With a strong pipeline of new games and people, we feel that our story has only just begun.

As the People and Culture team, our mission is to work with the best people in the industry, help them develop themselves and create the cultural framework that serves as the foundation to rapidly scale Gram Games to be a world-class studio.

Benan Kozbe and I are the two people who are directly responsible for the mission, and I feel really lucky to work with her - and everyone at Gram Games - who goes above and beyond every day to get us closer to our goal.

At the top of our list is a Data Whisperer who focuses on business intelligence and data management technology, responsible for creating the technical infrastructure and establishing BI culture.

Other high priority roles include Head of San Francisco and Head of London roles who will oversee our new offices.

For these roles we are open to remote working and can provide relocation support if necessary. As long as there is a great fit, we are happy to find a way to make things happen.

As you're overseeing recruitment at Gram Games, what do you look for in candidates?

At the top level, we look for an alignment between what makes the candidate wake up enthusiastically on a Monday morning (or noon) and how we can make that happen even better.

Gram Games is like a Disneyland for ideas, where every idea gets a voice freely.

Our games are fun because we have tremendous amount of fun making games.

Beyond sharp technical skills, we seek people who have original ideas in addition to an open minded attitude coupled with a desire to learn and explore new things.

Gram Games is like a Disneyland for ideas, where every idea gets a voice freely. Yet, great ideas don't turn into successful hit games in isolation, it's a delicate collaborative and iterative process.

As a flat organisation, since we don’t have executives who decide on what to do and what not to do, we create and test ideas with our player base at hyper speed. We look for people who thrive on self-management and believe in player testing.

We want to have at least one of our games to be played regularly by everyone on the planet who has access to a mobile device. In short, one Gram Games' game on every device. That’s how we create bonds through play.

Yes, that's an ambitious long-term goal, and we look for people who believe it can be done no matter how ambitious it is. That's key.

Why do you think Gram Games and Istanbul is a good place to work?

Gram Games is an awesome place to work for everyone who wants to let the player base make the decisions instead of some middle manager or an executive.

We are big on developing prototypes, in fact we dedicate the entire day to creating prototype games on Fridays. Everyone at the office stops whatever it is they are doing and works on designing, coding, playing and user testing games. We let the best ones move to pipeline stage.

Our Istanbul studio is centrally located on the waterfront right by a large recreational park where we sometimes go for a “walk and meet”.

Soccer matches, on-site pilates lessons at our backyard are other outdoor activities we enjoy. But for those who prefer indoors, our office is open 24/7 with lots of coffee, snacks and our very own cook.

It turns out almost everyone in the office plays an instrument at some level so we are creating a mini stage with all the instruments for GRAMafon - our music group.

New offices in London and San Francisco are coming soon, it’s really a hectic but exciting time to be a part of it.

The essence of our people and culture strategy is to simply connect the brightest minds in the industry, provide them with all the resources and inspiration they need with the freedom to do what they want the way they want to do it.

Transparency and setting ambitious goals are central components of our culture, so it’s natural that we implement our own version of Objective Key Results (OKR) framework to make sure we all row towards the same direction using all the imagination and skills that we have with the right rhythm.

We intentionally adjust roles around people rather than people around roles.

Compared to most triple-A companies, we are incredibly flexible because we intentionally adjust roles around people rather than people around roles.

This people-centric flexibility nurtures the most original ideas and brings out the very best work for all of us. Everything we do is designed to support people who contribute Gram Games one way or another.

For instance, we have distinct internship tracks designed to help interns make the most out of their time at Gram Games with specific tangible outcomes that will help them advance their career after graduation, instead of the conventional internships based on completing daily tasks.

Check out 2Tons! 2Tons is our Acceleration Program for independent game developers without expecting any provision or contract from the participants.

We include all participants with or without published games. All developers at any point are more than welcome and able to start enjoying all the facilities of 2Tons Acceleration Program. It is our way of giving back to the community.

With 2Tons Acceleration Program, developers help with specific issues in the field, process of incorporation, important tips to succeed in the mobile market, and technical support.

In addition, when a new game's development process is complete, related marketing and promotional support is undertaken by 2Tons Acceleration Program to ensure success in all mobile platforms.

For a full list of vacancies, and details on how to apply, you can visit the Gram Games jobs page.